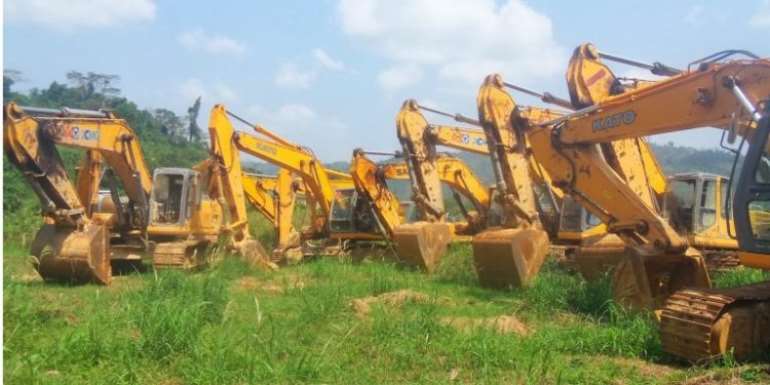 Seven of the hundreds of seized excavators that went missing have been retrieved during an operation by the Inter-Ministerial Committee against Illegal Mining.

The seven are part of some twenty excavators that were impounded in Apraman and Topraman in the Eastern Region.

The exercise which was undertaken by a special committee under the IMCIM tasked to retrieve all missing excavators could only move ten of the excavators to the Apraman Police station due to the immobility of the other ten.

Three persons were arrested during the operation and have since been granted bail.

Leader of the team Nana Yaw Boadu in an interview with Citi News expressed the resolve of his outfit to retrieve all missing excavators.

“The team responsible for retrieving the excavators that have gone back to the miners and again stopping the operations of the galamsey people went to Apraman and other areas and we were able to impound 20 excavators but unfortunately out of the 20, we were able to track only ten to Apraman police station.”

“And out of the ten that were tracked to the Police station, seven were part of the seized ones that were returned to the miners. When we went there, the miners were able to disengage the excavators. You go there, you will notice that the monitor and other parts [of the excavator] have been removed to the extent that some removed the starter from the machine.” Missing excavators and arrest

The Minister for Environment, Science, Technology and Innovation, Prof. Kwabena Frimpong-Boateng had disclosed recently that most of the excavators that were seized from illegal miners had vanished.