Turkey at odds with EU over policing of Libya arms embargo 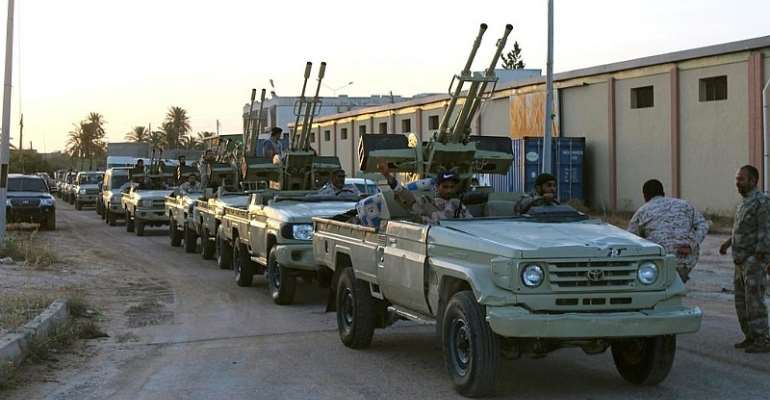 Turkish President Recep Tayyip Erdogan has slammed an EU move to police the UN arms embargo off the coast of Libya. Erdogan said the EU had no authority to take such decisions, suggesting the new maritime effort was an initiative designed to interfere in Libya's affairs.

In an adress to parliament this Wednesday, Erdogan said “The EU does not have the right to make any decision concerning Libya.” In his view the European bloc was attempting to “take charge of the situation and interfere”, but it had “no such authority.”

EU foreign ministers on Monday decided to launch a naval mission to police an arms embargo on the North African country. Italian Foreign Minister Luigi Di Maio said this would include ships, air capacity as well as the possibility of ground troops.

Di Maio added the mission would “block the entry of arms into Libya” and would have a specific set of “rules of engagement”. Furthermore, the Italian foreign minister warned that such a mission should not create a “pull factor” and would be stopped if it attracted migrants attempting to leave Libyan shores.

Some within the European Union believe that the enforcement of an arms embargo will help stabilise the Libyan conflict. The mission, named “EU Active Surveillance”, will reportedly focus on the eastern Mediterranean.

Talks in Geneva
Meanwhile, Erdogan also threw his weight behind a decision by Libya's Tripoli-based government to stop taking part in UN-brokered discussions in Geneva. He described it as the “right decision” following an attack on the city's port by forces loyal to Field Marshal Khalifa Haftar.

“The legitimate government based in Tripoli has withdrawn from the [negotiating] table and this is a positive decision,” Erdogan said. The Turkish leader reiterated his support for the UN-backed Government of National Accord and its efforts to “establish dominance”.

UN-led talks in Geneva resumed on Tuesday in an effort to revitalise a shaky ceasefire. The current cessation of hostilities was brokered by Turkey and Russia on 12 January, but both sides have reportedly broken the ceasefire.

Russian Defence Minister Sergei Shoigu reportedly met with Haftar on Wednesday. The Russian official and Libya's eastern military commander agreed that a political settlement was the only way to end the fighting.

ground as shelling continues from eastern factions trying to take control of Tripoli.