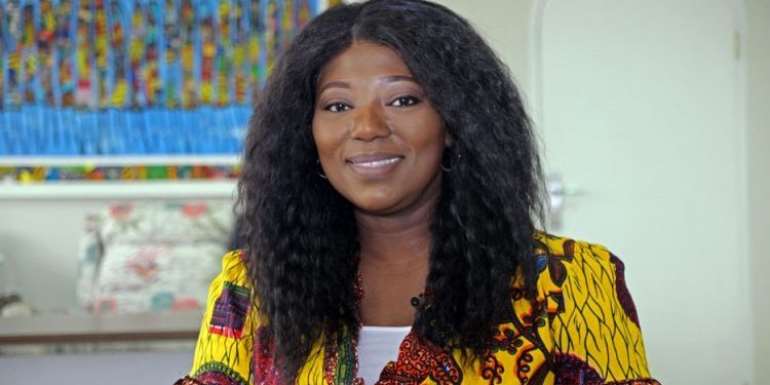 Management of the Ghana Trade Fair Company, has refuted claims that Color Planet, owned by Raymond Archer, was demolished to pave way for redevelopment plan for the site on political grounds.

Some persons have read political meanings into the Monday dawn demolition of Mr. Archer’s factory, although seven others were affected that day.

The opposition National Democratic Congress, NDC, has already waded into the matter calling it a political witch-hunt, since Mr. Archer, a one-time renowned journalist is believed to be sympathetic to the NDC.

Mr. Archer told Eyewitness News they had not been treated fairly by the Trade Fair Company.

“If the land belongs to them [Trade Fair Company], then why didn't they keep it? Why did they rent it? Because Trade Fair always needs money. When there was no light at Trade Fair, I brought a transformer to bring light there. That was their responsibility. They didn't even have the money to do it. We brought light to the Trade Fair to bring life back. So if you say that Trade Fair owns the land, the fact that you own the land doesn't mean you can leave it and sack the tenants after they have invested millions of dollars. We have invested almost US$10 million there. You want to throw us out like we are squatters so that you will bring another business,” he exclaimed.

But the management of the Ghana Trade Fair Company in a statement, has denied such claims, saying some 28 structures in all have been affected since the exercise started. It specifically denied Mr. Archer’s claims that his machines and equipment have been recklessly damaged.

“We deny his claim and state again that we took great care to avoid damage to equipment, limiting the demolition to the outer walls, roof and ceilings. The Company states further, for the avoidance of doubt that several demolitions had taken place in the place earlier last year mainly properties which the Ghana Trade Fair Company itself uses for exhibitions.”

“We further want to make it clear that, contrary to what Mr. Archer is speculating in the media, the Ghana Trade Fair Company does not target businesses for demolition because of their political or other affiliations. The current demolition exercise involved 7 other buildings of tenants that are in the path of the next stage of horizontal development. In all 28 structures belonging to various tenants have since been taken down in relation to the redevelopment. Their political or other affiliations are unknown, and are of no consequence, to the Company. The Company remains resolutely focused on redeveloping the Trade Fair site”.

According to the statement, when the President appointed the current CEO of the Ghana Trade Fair Company, he mandated her to undertake a comprehensive redevelopment of the entire Trade Fair site into a modern, mixed-use commercial estate with convention and exhibition facilities as its centerpiece, and supported by other facilities such as shopping malls, offices, leisure centres, hotels among others.

It added that when the CEO took over in July 2017, “the Company was dysfunctional and insolvent, unable to pay its bills, which kept mounting including staff salary, which had not been paid for 18 months. It was also physically run down with buildings and structures in a grave state of disrepair. ECG had disconnected the entire site for non-payment of bills since 2015.”

“Upon further inspection of the Company's books it was found out that the main source of revenue for the Company was rent from existing tenants, but almost every tenant was in arears of more than 2 years. Collectively the tenants owed the Company rents of over Ghs 2 million. This is even though the tenants were paying on average 50 Pesewas per square metre. The grounds were infested with rats, snakes and cockroaches in large, intolerable quantities.”

It said “Within 6 months on the job, electricity was reconnected, almost all the rent arrears had been collected, the compound was fumigated and cleaned in a major cleanup exercise, staff salary paid for the first time in 18 months and life returned to the beloved Trade Fair Centre in time to host one of the most successful international trade fairs the company had seen in years.”

The company says it shifted focus onto the redevelopment agenda after addressing these initial challenges, with the board and management facilitating the design of a Master-plan for the entire site by the world-renowned Ghanaian architect, Sir David Adjaye.

The Master Plan, which has a modern state of the art convention centre with exhibition facilities at its core, also makes room for supporting facilities designed to create one of the most active 24-hour business hubs in the West African sub region. In particular, the plan is designed to accommodate as many Ghanaian businesses as possible including the existing tenants of the Ghana Trade Fair Company, whose special needs influenced the design of the Master Plan.

The “Made in Ghana” hub will house Ghanaian businesses to showcase the burgeoning Ghanaian industry and business. The Master Plan has been shown to the tenants of the Ghana Trade Company on various occasions and was also exhibited at the Investor Conference held in July 2019 to showcase it.

The statement said “since November 2018, the Company begun discussions with the existing tenants to assess their interest in the redeveloped site and support their removal from the path of redevelopment. A special committee was set up, which sat every day for 30 days to engage the tenants. Some tenants did, others did not. In all 44 out of the about 200 tenants availed themselves of the opportunity and engaged the Company constructively. The purpose of the meetings was to examine the impact of the redevelopment on the tenants and assess interest to be included in the redevelopment.”

The statement says the company collected information on the nature of current business at the site, amount of space currently occupied, interest to be part of the new development and if so, how much space was required. It also discussed how to facilitate their move from the site during the construction period, and there was always a question of how to make the move easier for the tenants.

The statement says the company also sent notices to the premises informing them of the redevelopment and that the opportunity to engage remains open.

It further noted that, when the Company engaged the services of a horizontal developer to provide the requisite infrastructure for the developments, it became necessary to take down some of the redundant buildings. At that point, 7 of the uncooperative tenants went to court to be joined by 14 others to seek a number of reliefs including:

On the 29th of April 2019, the tenants secured an injunction to restrain the Ghana Trade Fair Company from evicting them from the site. That injunction was however vacated by the High Court of Justice, Land Court 7, on the 12th of February 2020. In passing judgement, Justice Amo Yartey (J) held as follows:

“If I may ask, as it stands will it be fair to maintain the injunction order which has been pending against the defendant looking at the financial losses the nation is currently facing. There is no evidence before me that this salient fact was brought to the attention of the Court differently constituted before the grant of the injunction order complained of.”

“It is my considered view that since the Plaintiffs/Respondents are not seeking for title to the land but rather compensation, General Damages and an order compelling the applicant to consider them as part of any future development of the Ghana Trade Fair site by the Defendant, it will be fair and convenient to vacate the injunction order which I accordingly vacate for the Government to go ahead with the facelift of the Ghana Trade Fair site for the betterment of the nation as well as the Plaintiffs should they be able to prove their relief A”.

The company says at this stage, the injunction and related actions of these tenants had caused delays and incalculable costs to the Company and the redevelopment project, as a number of deadlines with significant financial implications had been missed and critical equipment lay at the site accumulating additional costs.

It said following the vacation of the injunction order, some additional buildings were taken down to make way for the continuation of the redevelopment.

“It is worth noting that the Ghana Trade Fair Company did not only exercise extreme care and caution in dealing with the redevelopment of the site, but also exercised patience in the face many challenges. This is despite the fact that none of the businesses at the site currently has any running tenancy agreements. In any case the expired tenancy agreements had clauses that explicitly forbade the development of permanent structures at the site and required the businesses to hand over the site peacefully at the expiration of their agreements or when the property was needed for redevelopment. We publish below some excerpts from the last tenancy agreement (dated March 16, 2014) of Color Planet of which Mr. Raymond Archer is Chief Executive.”

It is reiterated that the COMPANY has drawn up a comprehensive Master Plan for the Trade Fair Centre and its immediate environs which includes the areas allocated to you.

The implementation of the plan would involve the demolishing of structures. You are accordingly advised to be mindful of funds you put in to upgrade or construct the structure. You are to ensure that materials that can easily be dismantled are used for the construction. You are again reminded that this is a yearly rental and the COMPANY shall recover the premises any time the area is needed for development purposes. No compensation would be paid in case of the demolition of the structure.

Subject to the Master Plan, this agreement may be terminated by a month's notice. The Company further reserves the right to terminate the Tenancy on the following grounds:

a. Default in payment of rent and utilities after two weeks' notice in writing

b. Failure to use the facility for a continuous period of two months without adequate notice to the Company

j. To yield PEACEFULLY the premises at the expiration of the term granted or when the premises are needed for development purposes

k. To abide by all other regulations, governing the hiring of the premises and the facilities at the Centre.

The rent is on an 'AS IS BASIS' and any upgrading or refurbishment will be at cost strictly to YOU but with permission of the COMPANY. You are however reminded that the facility is a temporary structure and would remain so.