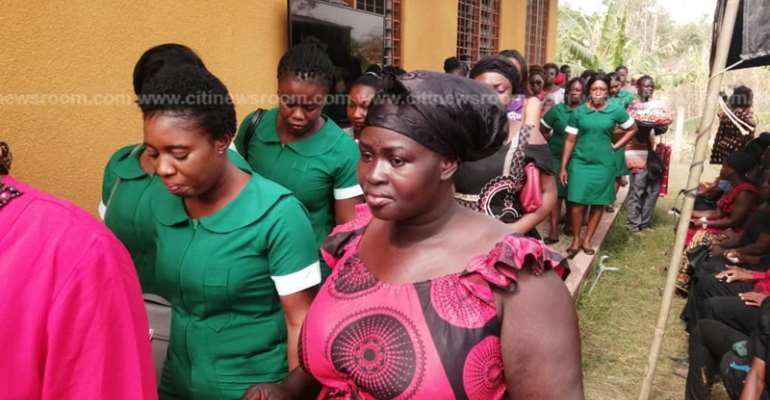 Leaders of the Community Health Nurses Association of Ghana have put on hold their impending strike over the gruesome murder of one of their members at Ayoum in the Ashanti Region.

The group had given the government a week ultimatum to find the perpetrators behind the death of Ruth Eshun, a community nurse who served at the Sewua government hospital, or they will lay down their tools.

But following the expiration of the deadline, the association says it has to reconsider its decision because it feels the police have made some inroads as far as investigations into the crime are concerned.

Joseph Appiah Kubi, the Public Relations Officer of the union in a Citi News interview said they will decide on their next line of action after a successful determination of the matter in court.

“Now that the police have arrested two people for further investigations, we are following them and that is why we want to hold on to the strike so that we monitor and see the outcome of the people they have arrested and the court proceedings. Anything that goes contrary to what we expect, we will just communicate and embark on the strike as we have said,” he said.

Ruth Ama Eshun, who is a mother of three, was found dead at a secluded area close to her Ayoum new site residence in the Bosomtwi District.

Relatives of Ruth Ama Eshun, who could not trace the whereabouts of the deceased after she closed from work on Monday, February 3, found her lifeless body a day after.

So far, police in the Ashanti Region have arrested two persons over the murder.

There has been a social media campaign by the members of the Ghana Registered Nurses and Midwives Association seeking justice for the deceased.

The association has also called on police to intensify investigations into the death.

The deceased's husband, Kwadwo Arhin while narrating the incident to Citi News called for swift investigations into the matter.