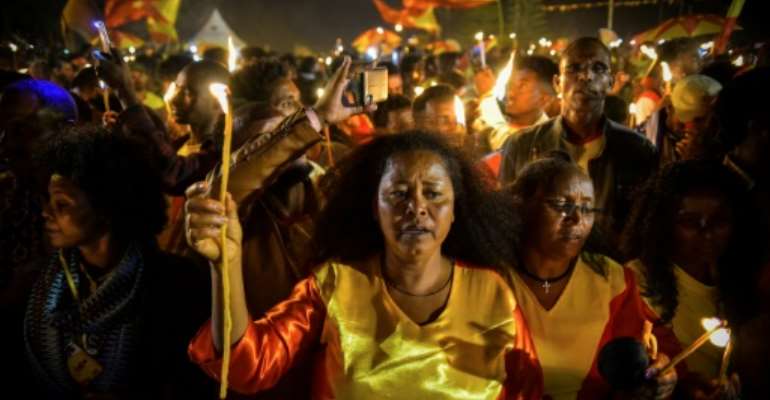 A candle-lit parade in Mekele, the capital of Tigray region, took place on the eve of celebrations for the founding of the TPLF, Ethiopia's once-dominant party. By MICHAEL TEWELDE (AFP)

The Tigray People's Liberation Front (TPLF) led the overthrow of the Marxist ruler Mengistu Haile Mariam in the early 1990s and controlled the ruling coalition that took over.

But the party's influence plummeted after Abiy assumed office in 2018 -- an ascent fuelled by several years of anti-government protests reflecting widespread frustration with the coalition's rule.

Last year, the TPLF refused to go along with Abiy's plan to merge the coalition into a single political party, meaning it is now effectively in the opposition.

In Tigray, the northernmost of nine regions in a country administratively divided along ethnic lines, the party is firmly in control.

On Wednesday, tens of thousands of supporters filled the streets of the regional capital, Mekele, for a military-style parade of local and regional security forces.

The event marked the 45th anniversary of the party's founding in 1975. 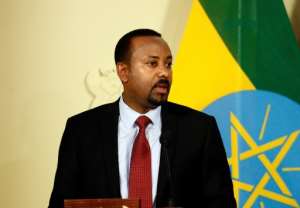 Prime Minister Abiy Ahmed, the 2019 Nobel peace laureate, has won plaudits abroad for his reforms. But domestic critics accuse him of authoritarian tendencies, and the peace process he launched with Eritrea has stalled. By Phill Magakoe (AFP)

Participants shouted fight songs and marched in the formation of maps of both Tigray and Ethiopia.

In a speech, TPLF chairman Debretsion Gebremichael accused Abiy of downplaying the TPLF's achievements in a bid to consolidate power.

But he said Ethiopians supported the old coalition and respected the TPLF's legacy.

"The sickness is in the leadership and not the people," he said.

Yemane Amha, a 44-year-old former TPLF fighter, told AFP that this year's anniversary came at a "critical time" for the party.

"I, and probably most Tigrayans, believe we're at a juncture where we can move forward tolerating our differences or where the federal government will continue trying to impose its will on the Tigrayan people and beyond."

The TPLF was in charge during the 1998-2000 border war between Ethiopia and Eritrea that killed tens of thousands of people.

Abiy won the Nobel peace prize last year for reaching out to Eritrea to end the two-decade stalemate between the two countries.

Yet the peace process remains stalled, with border crossings closed and no visible progress on demarcating the border, much of which abuts Tigray. 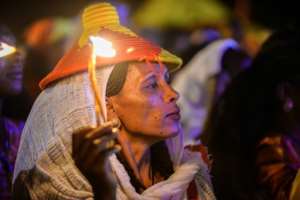 The celebrations in Tigray have highlighted tensions with the government in Addis Ababa. By MICHAEL TEWELDE (AFP)

Persistent animosity between Eritrean President Isaias Afwerki and the TPLF has been on display recently.

In an interview that aired on Eritrean state television earlier this month, Isaias accused the TPLF -- which he referred to as "the narrow clique" -- of sabotaging both the peace process and Abiy's reform agenda.

Fissehatsion Gebremichael, a civil servant who lives in Mekele, said the TPLF anniversary celebrations were bigger than usual in an apparent form of resistance to what he called the "marginalisation" of Tigrayans.

"People have come together against what they see as a common threat," he said.

"Many Tigrayans believe there's an organised conspiracy between the ruling forces here and foreign forces against the region."

He dismissed the possibility of outright conflict, but said tensions were likely to rise further ahead of elections planned for August 29.