Ghanaian inventor vows to Kill social media and replace it with community media. 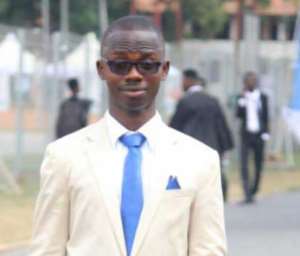 The CEO of Comcent Limited, Kwadwo Dwomo II, has reiterated his company’s commitment to put an end to social media apps like Facebook and Instagram because of the menace it is posing to the social fabric. He believes social media has outlived its usefulness and must be replaced with something that provides progress for the human race – something he believes he and team can achieve with community media.

When asked why social media apps like Facebook and Instagram are destroying the social fabric; he was of the opinion that the youth have gotten hooked to the popularity they derive from using social media apps. As a result, they seem to be doing anything just to get likes and shares from their friends and family on social media. He likens it to the addiction one gets from using drugs like cocaine and tobacco. He thinks this is rather taking valuable time that they could have used to engage in political and intellectual discourse and involved themselves in community work which could improve the world and make the world a better place to live. He believes the problems we are facing in the world like racism, poverty, prostitution, unemployment, etc., can be partly blamed on the creation of Mark Zuckerberg and his guys at Silicon Valley.

Explaining how community media differs from social media, he explained that community media was designed to help leaders of communities connect with the members of their communities so that the members of the communities would share their collective concerns to their leaders and the leaders, on the other hand, would share to their members what they are doing for them. And if a member who is on Comcent is posting useful suggestions to his/her leader, that member will be promoted and be given leadership account. On Comcent, what differentiate a leaders’ account from a members’ account is that a member can only begin with “We” or “Our” in a sentence, while a leader has no such restriction on his/her account. Also, while social media is about posting and engaging with your friends and families, community is about posting and engaging with members of your community.

At least, Kwadwo Dwomo II is not alone on his quest to destroy social media. In 2017, a well-known Silicon Valley insider and early Facebook executive, Chamath Palihapitiya, also made a similar comment to use his available resources to fight social media because of the damage it is having on people’s mind. In April 2018, English researchers did research where they concluded that the use of social media among people is having an adverse effect on people’s mind and it is causing depression among the youth.

We are yet to see how the prediction of Kwadwo Dwomo II will turn out. Fighting a monster like social media is an almost impossible fight. However, if the use of community media proves to significantly improve how mankind communicates, then we ready for a battle of titans.