Coronavirus and Ghanaian Students in China 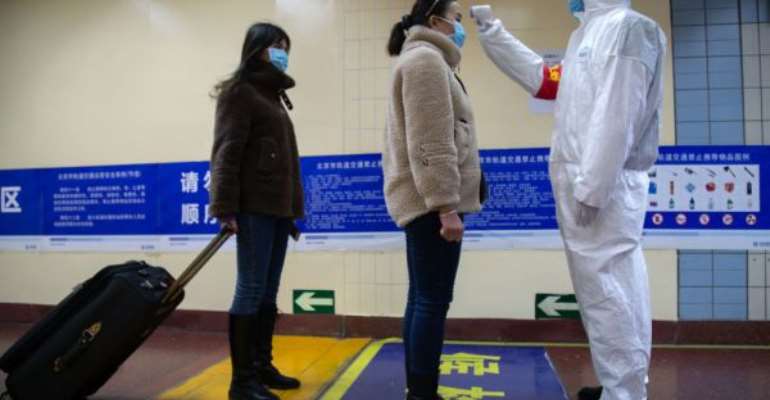 I had been mulling the Coronavirus epidemic outbreak in China and the Ghana Government’s response to this most deadly disease for quite a little while, before I came across the rather heart-wrenching article by Mr. Sakinatu Issaka captioned “Coronavirus: My Experience as a Ghanaian Student Stuck in Wuhan” Modernghana.com 2/17/20). As the writer desperately notes, “When the incident began escalating, different countries[,] including USA, France, Australia, Japan, Morocco, Mauritania, East Timor, Papua New Guinea, Jordan, Iraq and Iran[,] among others[,] came to evacuate their citizens from Wuhan,” in Hubei Province. That, of course, is the usual kneejerk “diplomatic” reaction whenever there occurs any outbreak of a deadly disease or the predicted imminent outbreak of any act of possible or potential terrorism or civil strife in any part of the world, especially in any part of the Third World, so-called, on the part of governments of the industrially advanced countries.

In a quite practical sense, I was a bit proud that the Government of Ghana had not joined the rat-pack panic of the usual suspects of countries that led the exodus of their nationals on the first chance out of China. I was proud because, for once, I thought that our leaders were apt to proving to the rest of the world or the global community that Ghanaians did not docilely march according to the tune and/or the rhythm of any other country. On the other hand, another quite urgent part of me was a bit wistful and almost skeptical, if also because my take on such official reticence was informed by my appreciation of Ghana’s recent very close diplomatic association and relationship with China under the tenure of President Addo Dankwa Akufo-Addo, in a way that had not been witnessed since the late 1950s and the early 1960s, when the future Premier Chou Enlai was China’s Ambassador Extraordinary and Plenipotentiary to Ghana.

I also thought about the general ramshackle state of the country’s healthcare system and wondered whether making our China-resident students stay put not the savviest approach, in view of the quite glaring fact that our own medical personnel or so-called First Responders back home may very well not be adequately equipped or fully prepared to deal with the veritable menace that was the coronavirus disease, should a remarkable number of these students arrive back home and test positive for the virus. There was also, of course, the high risk of some of these students contracting the virus once they stepped outside their dormitory buildings, where they had been “securely” holed up and were presumably being closely monitored by Chinese healthcare personnel and government authorities.

In short, this nightmarish scenario seemed like a Catch-22 situation to me. But it also made me wonder how the Chinese authorities would have reacted, if the situation had been the reverse and Chinese students and residents in Ghana had been faced with the same or a similar deadly epidemic. Wouldn’t the Chinese Government have issued an order for the immediate evacuation of their nationals from Ghana? Then I also realized that Ghanaians, after all, were not totally innocent of any knowledge or first-hand experience with or understanding of the outbreak of such a deadly epidemic. I was here, of course, thinking about the outbreak of the Ebola Virus that devastated neighboring West African countries like Liberia, Sierra Leone, Guinea, as well as the Ebola epicenter that was the so-called Democratic Republic of Congo (DRC), in Central Africa, with a few reported cases or incidents in Nigeria and a couple of other neighboring countries nearly a decade ago, if memory served yours truly accurately.

I also vividly recalled the fact that Ghana had been used by the United States Military as a Command Center or Headquarters in the epic battle against the Ebola Virus. So far, though, the game plan of the Akufo-Addo Administration of the New Patriotic Party (NPP) seems to be working pretty fine, genuine complaints from eye-of-storm Ghanaian students resident in Wuhan, Hubei Province, notwithstanding. I am also proud of the fact that President Akufo-Addo’s Senior Health Adviser, Dr. Anthony Nsiah Asare, is another PERSCOBA or alumnus of Okwawu-Nkwatia’s St. Peter’s Secondary School. Hey, Perscovites, we have, indeed, arrived at the apex of governance in Ghana. And we are, so far, doing ourselves and the rest of our nation proud, as we ought to.