“Leave Our Bloke Alone”: A Little Mission for Julian Assange 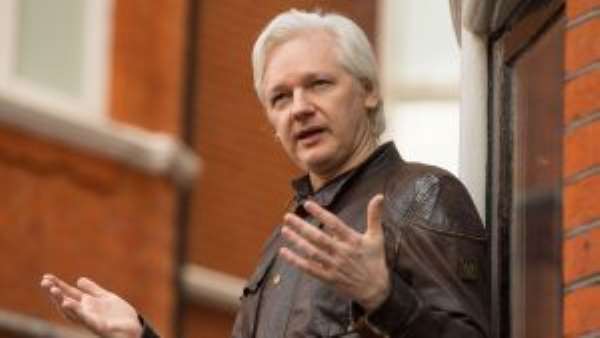 “I think that now it is time that the government I am a part of needs to be standing up and saying to both the UK and the US: ‘enough is enough, leave our bloke alone and let him come home.’”

An odd crew and perhaps the sort Julian Assange would have liked. Australian parliamentarian and government backbencher George Christensen, conservative to the point of parody. Andrew Wilkie, MP from Tasmania, a man fitfully dedicated to fight poker machines and gambling, formerly of the Office of National Assessments. Both united by a distinct liking for the cause of Julian Assange and a dislike for his treatment, showing the astonishing cross appeal of the WikiLeaks publisher, a point missed by his detractors and even his own followers.

Visiting Assange in London’s Belmarsh Prison, Wilkie found “a man under great pressure, holding up OK” but showing “glimpses” of a “broken man”. For his part, Christensen, did not “want to talk too pejoratively about the state that we saw him in but it was the kind of state that you’d expect from a man who’s been absolutely and utterly isolated and who just does not know what is going on.” Assange had been “depersonalised” and “dehumanised” in confinement.

Their calls chime with those of over 117 doctors and psychologists from 18 nations, whose letter published in the medical journal The Lancet condemned “the torture of Assange”, “the denial of his fundamental right to appropriate health care”, “the climate of fear surrounding the provision of health care to him” and “the violations of his right to doctor-patient confidentiality.”

Both parliamentarians insist, with good reason, on the nagging matter of having a British court deliberate over whether an Australian citizen should be extradited to the United States or not. “There’s a lot of Australians who think Julian Assange is a rat bag,” observed Christensen. “But he’s our rat bag – he should be brought home.” Wilkie, on leaving Belmarsh, was “in absolutely no doubt that [Assange] has become a political prisoner in this country and that the US is determined to extradite him to get even.” Unblemished, Assange could not be accused of hacking or espionage, but merely for “doing the right thing and publishing important information in the public interest”.

Christensen, an avowed fan of British prime minister Boris Johnson, was keen to impress him on Assange’s treatment. “It is highly political what’s going on – it involves values that Boris Johnson as a former journalist holds dear – press freedom.”

The delegation is receiving various mixed messages, some of them heartening. British Labour’s Jeremy Corbyn, soundly beaten at the December elections, is confident he has found a changing mood towards the Australian publisher. Johnson, he claimed, had given some hope in comments made on the UK-US Extradition Treaty, a document heavily slanted in favour of the United States. “He accepted that it is an unbalanced treaty and it is not a fair one, therefore I think this is a big change by the British government.”

In of itself, this says little. Johnson, it is true, did concede to Corbyn in the House of Commons that “there are elements of that relationship that are unbalanced and I certainly think it is worth looking at.” The point has been admitted as much by various UK politicians over the years. The report of the Home Affairs Committee from 2012 expressed “serious misgivings about some aspects of the current arrangements” despite favouring an extradition arrangement with the US. An “imbalance in the wording of the Treaty, which sets a test for extradition from the US but not from the UK, has created the widespread impression of unfairness within the public consciousness and, at a more practical level, gives US citizens the right to a hearing to establish ‘probable cause’ that is denied to UK citizens.”

The treaty is the subject of much conversation of late. Washington’s curt rejection of an extradition request by the UK of an American citizen accused of causing the death of Harry Dunn, a teenage motorcyclist, has muddied diplomatic waters. The claim by British police was that Anne Sacoolas, wife of an intelligence officer, was driving on the wrong side of the road. On returning to the US, she duly shielded herself behind diplomatic immunity.

Sacoolas, through her attorney, claimed that the charges against her carried a disproportionate sentence of 14-years. She would “not return voluntarily to the United Kingdom to face a potential jail sentence for what was a terrible but unintentional accident.” The US State Department was irate at the very idea that extradition would be sought in such instances. “The use of an extradition treaty to attempt to return the spouse of a former diplomat by force,” claimed a spokesman, “would establish an extraordinarily troubling precedent. We do not believe that the UK’s charging decision is a helpful development.”

A review into the immunity arrangements for US personnel conducted by the Foreign Office subsequently found, in the words of Foreign Secretary Dominic Raab, an “anomaly”, namely, that family members had “greater protection from UK criminal jurisdiction than the officers themselves”.

In January, US Secretary of State Mike Pompeo scotched the extradition request via an email to the UK government. To have granted it, he claimed offhandedly, would have rendered “the invocation of diplomatic immunity a practical nullity”. The decision, according to the Dunn’s family spokesman Radd Seiger, filled Raab with incandescent rage. That rage, it seemed, had cooled by the time Raab met his US counterpart at an event chaired by the centre-right think tank, Policy Exchange. “We’re going to work on every aspect of that [regarding the Dunn case] and want to see this get resolved.”

Whether Assange’s case sparks appropriate concern in Downing Street might be another matter. For one thing, it will provide a test case regarding extraditions for non-British citizens to the United States. For his part, Johnson is a curious fish, often adjusting his course in infuriatingly erratic, and amoral ways. While he might well adopt a Bold Britannia line regarding the Australian’s possible extradition, the chances remain slim. Should the request be granted, it will establish an extraordinarily troubling precedent, to use the US State Department’s own words, a blatant misuse of the treaty for political purposes.