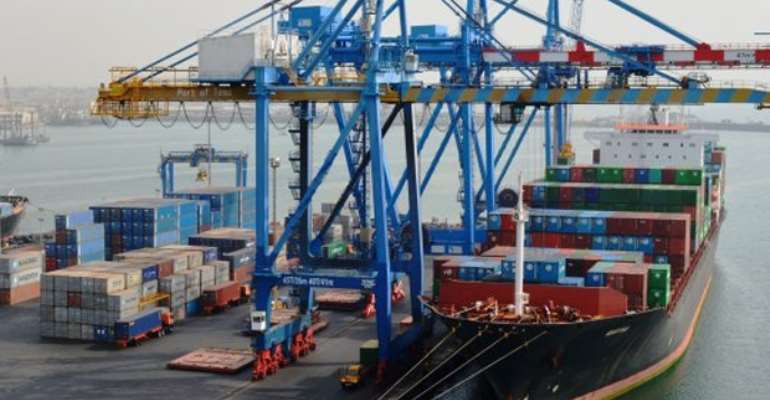 The Maritime and Dockworkers Union (MDU), Trades Union Congress (Ghana) and Ghana Ports and Harbor Authority (GPHA) local union have kicked against a proposal by the Meridian Port Services (MPS) to grant 20% container business to GPHA on a continuous reduction formula for a four-year term.

According to the unions, the MPS proposal to grant the 20% container business to GPHA is not sustainable as it only favours MPS.

They are therefore calling for the stakeholder decision reached in Dubai in November 2019 to be implemented and not the new deal being proposed by MPS.

“Our position is that the Dubai decision of granting 20% container business to GPHA should be implemented in the contract period of the MPS terminal-3 agreement.

“We are seeking immediate implementation of the 20% container business to GPHA,” a statement signed by Daniel Owusu Koranteng the General Secretary of the MDU and other executives of the GPHA local Unions indicated.

The unions said the contract agreement which is very favourable to Meridian Port Services took effect in July 2018, indicating that whilst MPS is continuously reaping the benefits of the MPS Terminal-3 agreement, GHPA is experiencing dwindling revenue each day.

It would be recalled that in 2019 the MDU, TUC (Ghana) and the workers of GPHA developed a campaign for the review of the contract agreement of the MPS Terminal-3 because of its negative effects on the revenues of GPHA and other maritime operators.

The campaign and the collective agitation of the MDU, TUC and workers of GPHA resulted in the President recommending a tripartite approach for the review of the MPS Terminal-3 agreement.

The unions are therefore likely to revive the suspended campaign in the hope that immediate steps will be taken to implement the 20% container business to GPHA's decision.