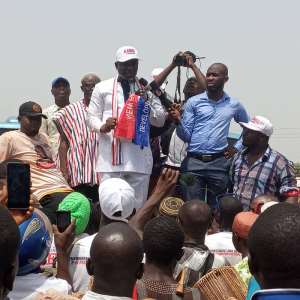 The filing of nomination papers by Abdulai Kamaldeen at the NPP Party Office of the Nanton Constituency in the Northern Region brings to two candidates for the post of Parliamentary Candidate.

Kamaldeen, a household name in Ghanaian politics is a Deputy National Communications Officer and one time National Nasara Coordinator of the party and a native of Zawgu in the Nanton District.

From his home town through Tampion, Kamaldeen was met at the outskirts of Nanton and ushered into the Nanton community by a group of motorcycle riders in NPP paraphernalia.

Amidst an extremely thick crowd, Kamal Deen submitted his papers which were duly scrutinized by the constituency elections committee of the NPP. The committee accepted the nomination forms and Alhaji Abukari Inusah, chairman of the committee advised the aspirant to go about his campaign.

Speaking to the media after filing, Kamaldeen Abdulai, touting his indigenous profundity, said he is a grandson of Zawgulana Sulemana and has the development of the area and the people at heart. He pleaded with his admirers to "fear Allah a d refrain from abusive language since we are one and the same people and need each other after the primaries" he intimated.

Kamal also addressed the multitude of supporters that were there to witness his filing.

He told the people that he was in the race to win and bring the needed infrastructural and human development to the Nanton Constituency.

He reiterated the need for peace and pledged to accept the outcome of the April 25 Parliamentary Primaries in Nanton. 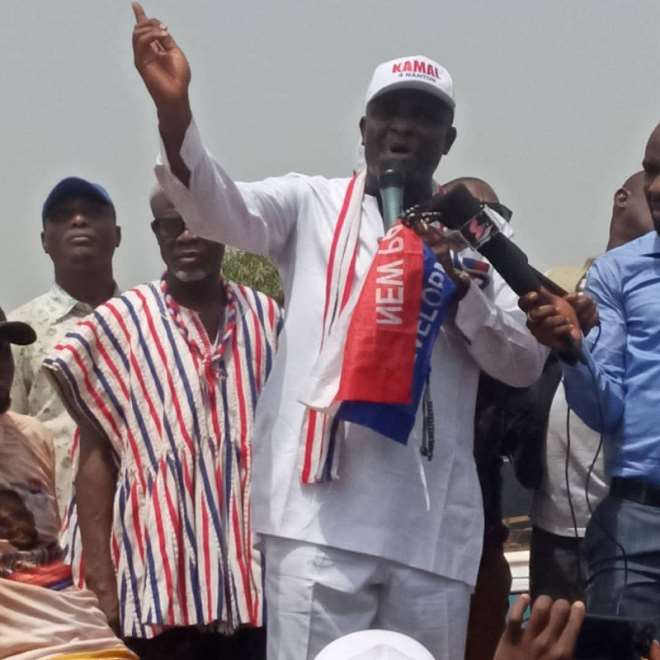