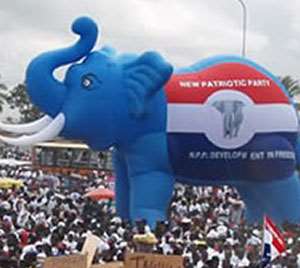 There have been a number of issues and complaints surrounding the impending parliamentary primaries of the ruling New Patriotic Party (NPP).

One critical setback ever since nominations were opened to parliamentary aspirants is the deliberate attempt by some constituency officers who have denied other candidates nomination forms especially those contesting sitting MPs.

The development has led to wild agitations on the part of some candidates.

As the competition enters its final stages with about two months to go, a lot more interested aspirants have been sabotaged.

It is against this background that the CEO of MASLOC, Stephen Amoah, has condemned the practice of denying other candidates nomination forms to contest.

He was speaking on Good Morning Ghana on Metro TV

Stephen Amoah said though the exercise has been peaceful so far, there are still some key issues that need to be addressed by the party leadership.

Stephen Amoah admitted that there have been issues in some of the constituencies in the Ashanti region that have played key roles in the political fortunes of the NPP.