Violence will not Win NDC Election 2020 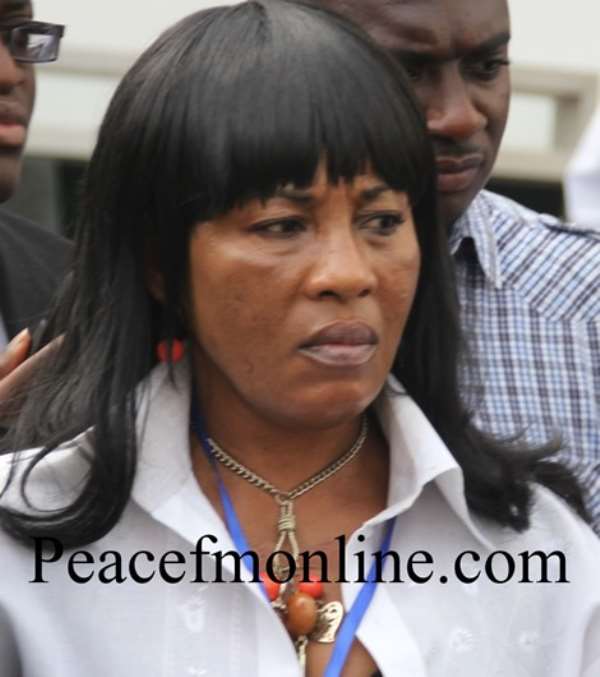 From NDC presidential aspirant John Dramani Mahama through their hierarchy in downwards spiral to Sammy Gyamfi and Anita de Souso, they all believe in violence to winning election 2020. They have constantly been exhibiting their extreme typical Ghanaian-inward-looking mindedness, believing in the employment of violence to achieving one’s goals. Their actions, to say it bluntly, amount to nothing short of utter stupidity and portrayal of the Ghanaian, if not African, bestiality.

Even the animals in the jungle are beginning to behave themselves to live in peace to pursue the collective interests of their group or their kind, how much more human beings? Why are the NDC in their entirety consumed by the quest for power at all cost to behave irresponsibly in that violent manner as is being seen of them everyday in Ghana?

They are threatening to rain brimstone and fire on Ghana should the Electoral Commission chaired by Ms Jean Mensah roll out any new electoral register for Election 2020. From John Mahama through to Sammy Gyamfi, the lawyer in name who actually is a failure in law by his pronouncements and actions, to Anita de Souso, that unrefined woman, they all talk the same language, “we shall cause violence and Ghana will burn”. I find their pronouncements and their actions very bushman-like. These are the bunch of corrupt, greedy, uncivilized and selfish people aspiring to court the support of the Ghanaian electorate to entrust the governance of the nation into their hands come election 2020. It should be over the dead bodies of discerning Ghanaians for NDC to be elected for power in December 2020, as violent and animalistic as they appear to be.

This bunch of intelligence-deficiency lot, have no policies and programmes for the nation to tell to convince the people to vote for them but find refuge in the spewing of balderdash and violence. They have forgotten that each time they point an accusing finger at the NPP and President Nana Akufo-Addo of a crime, three of their fingers point backwards on themselves. This goes to tell they are more involved in the very crimes they accuse the NPP of than the accused.

They blame the NPP of spoiling Ghana water bodies through illegal surface mining (galamsey). What a case of the pot calling the kettle you are dark. Was it not during the tenure of office of former President John Dramani Mahama that galamsey ramified to every nook and cranny in the country, irredeemably spoiling the water bodies, polluting the air and devastating the nation’s fertile lands and virgin forests? Was it not during Mahama’s administration that the Chinese flocked into the country like vermin, wielded the power to commit blue murder, had the authority to mine gold wherever, however and whenever, with the support of some government Ministers who were induced by the offer of female Chinese sexual intercourse? Yet, this bunch of ever-clueless lot, are trying to blame President Nana Akufo-Addo of supporting galamsey. He who has been trying his hardest to stop the ravaging galamsey is now the one accused of spearheading galamsey activities. I am sure those in NDC frivolously making such accusatory statements are out of their mind.

The NDC as brainless as they are have never initiated any policy in the best interest of Ghanaians. When NPP come out with a policy, all that they are fond of saying is, “it won’t work” When NPP implement the policy and the NDC see it working, they turn round to say, “that policy is not the brainchild of NPP. It already existed in the constitution” What a bunch of shameless nincompoops.

I can write a voluminous book about the absurdity of the NDC but for the sake of two people that I respect but who by mistake found themselves affiliated with the NDC, I shall not. They are both my Kumawu compatriots.

Sammy Gyamfi, Asiedu Nketia, Anita de Souso et al, come on with your insanity and discerning Ghanaians including Rockson Adofo will drag you on the floor to any nearby psychiatric hospital for examination and possible treatment. I have personally had enough of your senseless stupidity and lies emanating from your “do or die” quest to wrench power from the NPP come 7 December 2020.

Thieves and rogues, please tell Ghanaians what you can do better than the NPP to convince them to vote for you but not the preaching of your baseless violence. Enough is enough! The NPP must let them understand that they cannot rule from the backbench, or simply put, from the opposition seats.

I am going to come out hard on the NDC in the coming days, God willing. I shall not continue to sit down in silence while they throw dust into our eyes as well us threatening us all of the time. They will soon meet their size to quell their mad propensity for violence once and for all. They have crossed the Rubicon so the fight will be taken to them until they run like a frightened dog with its tail tugged in-between its legs.

Ejura probe: Ministerial Committee presents its report to In...
17 minutes ago