Judgment Debt Looms As Gov't Trapped To Pay Over $100m 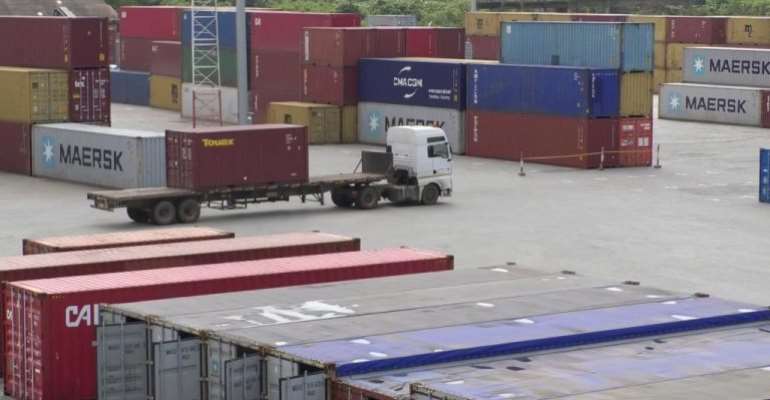 The Government of Ghana is trapped into a judgment debt or payment of compensation conundrum ranging from $90 million to about $120 million.

If the new trade facilitation contractor is handed the ports, government is likely to pay compensation totalling over $120 million to two existing service providers.

In the same vein, if the new contractor is denied the opportunity to rollout, government will also pay some $92 million contained in the contract as termination payment or compensation for the new 10-year contract.

Korea Customs was contracted by Ghana Link Network Services Limited in a trade facilitation agreement with the Ministry of Trade and Industry signed on March 29, 2018 to introduce UNI-PASS, a product of Korea Customs Business wing, termed CUPIA.

This commitment by the Ministry of Trade, which signed the contract, suggests that when fully rolled out, UNI-PASS will replace a similar system currently being operated by Ghana Community Network System (GCNet) and West Blue Consulting.

The GCNet contract ends in 2023 while the West Blue contract expires in 2020.

This means that there are still three and one more years, respectively, for them to operate the single window system.

In the UNI-PASS contract, government has committed to handover GCNet and other third-party operations to UNI-PASS.

However, information available to The Finder indicates that GCNet will head to court to demand judgment debt hovering around $120 million if any attempt is made to fulfil this condition precedent of handing over GCNet and other third-party operations to UNI-PASS.

West Blue, which information indicates is also determined to see its contract through, will also not hesitate to head to court for judgment debt even though the estimated amount it will demand is not known yet.

Government, in a letter to the existing contractors, has offered to pay compensation to get rid of the two existing service providers.

However, if the compensation is lower than the expected, the issues would end up in court.

Reacting to fears of compensation or judgment debt, Commissioner of Customs Division of the Ghana Revenue Authority (GRA), Colonel Kwadwo Damoah (Rtd) said GRA would ensure that the final decision taken on the operations of West Blue and GCNet Services Limited would not result in judgment debt to the state.

However, the service providers are convinced that any termination of their contract would result in compensation payment or judgment debt amounting to over $120 million.

We must tackle poverty as national security threat – Parliam...
11 minutes ago