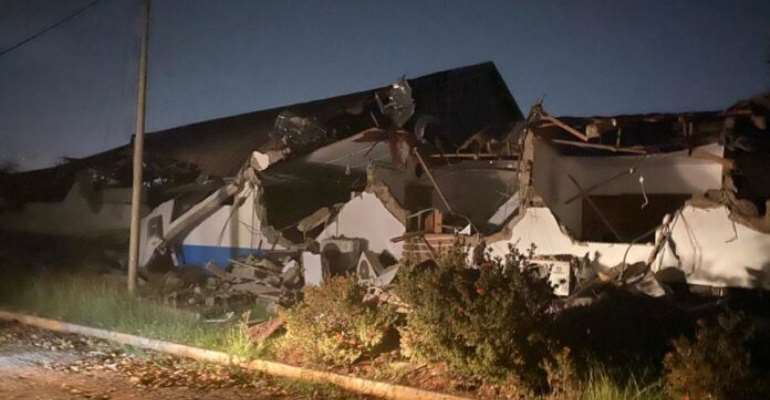 Owners of buildings demolished at the Trade Fair Centre in Accra have condemned authorities for the exercise, accusing them of short notice.

About 20 structures belonging to different companies were pulled down on Monday dawn on the authorization of the Trade Fair Company Limited.

The demolition comes after an injunction that was placed on the exercise was lifted by an Accra High Court on Wednesday, February 12, 2020.

The affected tenants had earlier secured a court order to prevent the Trade Fair Company from continuing with the exercise which started in May last year.

Shipping Officer for West Africa Construction and Commodities Limited, which is one of the affected companies, Barbara Vanderpuye said the demolition comes as a surprise to them as they had begun processes to appeal the court ruling.

“The case was in court and we went to court last week Wednesday and they ruled against us. So our lawyer appealed and served Trade Fair with the appeal. We have a platform. I got my notice on the platform that there was demolition going on at Trade Fair. Everything was locked before we left the place on Friday. So everything was inside. School feeding items like mackerel, oil, laptops, scanners, chairs, photocopier machines, etc were inside. It is very bad because it is going to affect our work. Where are we going to start?” she lamented. Background

The Trade Fair has for some years now stated its intentions to revamp the facility to restore the once vibrant trading hub to its hay days.

It is for this reason that all of its occupants were asked to vacate the premises in 2018.

According to the management of the company, this was to allow for work to begin on-site.

The occupants were sensitized on the fact that the facility had to be broken down because the current makeshift structures do not fit an international trade fair site.