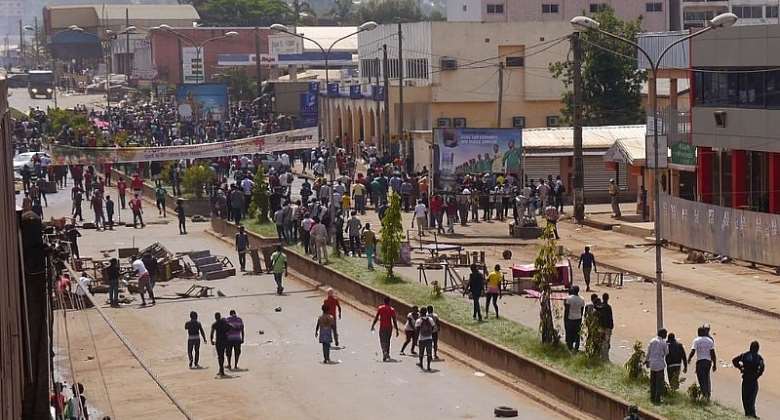 Counting is underway after Sundays' Legislative and municipal elections in Cameroon. But in some English-speaking communities, sporadic gunshots were heard throughout polling day.

Residents in the English-speaking city of Bamenda woke up on Election Day to the sound of gunshots in some parts of the city.

Tense atmosphere
Although voting started at 8:00 am, the streets of Bamenda and other major towns and cities across the Anglophone regions remained empty.

Due to the imposed lockdown by Anglo separatists, shops, car parks, and other businesses remained closed while most roads were empty since cars and bikes could not circulate.

A heavy military presence across the English-speaking regions added to the already tense atmosphere.

Voting day
At various polling centres in Bamenda that RFI visited, voting material was available at the opening of the polls and in some cases, this material had to be brought in from nearby police and gendarmerie stations.

Although a low participation rate was observed primarily across the Anglophone regions, a few people braved the separatists' threats to cast their votes.

"I just voted, which is my civic obligation and . . . I am very happy with this election because that's where change will come,” Christine, a civil servant, told RFI.

That meant instead of voting in their nearby polling stations, some voters had to travel for several kilometres before reaching these polling centres.

The decision was condemned by opposition parties.
"You get to understand that only four polling centres were allowed in the whole of Bamenda, two, [of] which has a very big population…Just imagine people leaving Chomba, Nsongwa, Mbatu, which is about 20,1 kilometres away from their polling centres when vehicles have been banned to move. How could they leave their houses for voting?” explains a member of the Social Democratic Front party, SDF, who asked not to be named for security reasons.

"So this gives way for the military who have their amoured cars and the CPDM [ruling party] to move around … from one polling station to another. There was a lot of vote buying that we know," he adds.

Elections boycotted
Most people who boycotted Sunday's polls told RFI that they have very little faith in the country's electoral system coupled with the fact that their own security could not be assured.

"Why should I risk my life to go for elections whose results are already known?" a 32-year old Bamenda resident angrily asks.

"The military are there killing people, the Ambas [Ambazonians, a separatist group] are there threatening people. So there's no security. It has never happened like this before. So it's not a good environment to go and vote," he adds.

No electoral observers
In most polling centres, opposition agents were absent while national and international observers were also not present. But the country's interior minister Paul Atanga Nji claims thousands of observers were in fact accredited.

RFI also observed that some voters did not find their names on the voters' lists but voted by showing their voter and identity cards to polling agents.

Low voter turnout
The Cameroon Renaissance Movement, MRC, one of the country's main opposition movements led by Maurice Kamto boycotted the polls, citing the necessary conditions needed to organize a free, fair and transparent vote were not in place.

But during a press conference in Yaoundé after the closing of the polls, the Interior Minister Paul Atanga Nji claimed a massive turnout of voters in the English speaking regions of the northwest and southwest, a fact many questioned.

"At the close of the polls, it is clear that the boycott calls made by ill-intentioned political and lamed terrorists did not have any impact on the population" said Nji.

With the boycott of the polls and huge voter apathy across the English-speaking zones, it is likely that the governing party is going to have a crushing majority when official results are announced.

But the legitimacy of those declared winners in the Anglophone regions will undoubtedly be called in to question.