Coronavirus: My Experience As A Ghanaian Student Stuck In Wuhan 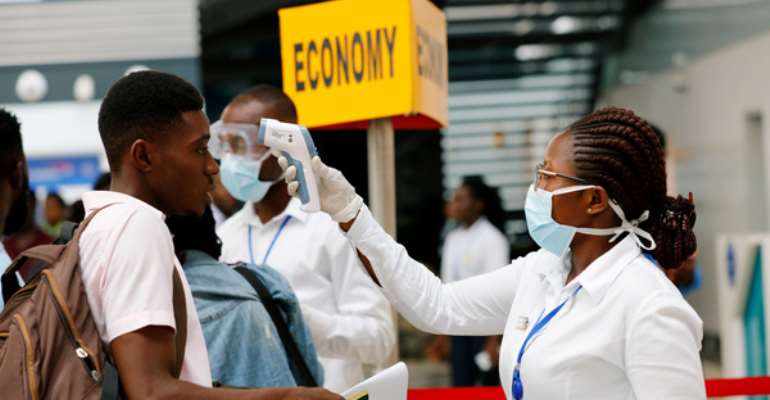 The emergence of the novel coronavirus currently known as COVID-19 begun in December 2019 before its details were known in January 2020. Since then, drastic measures from the national to the local levels have been effectively implemented by the Chinese government to control and contain the spread of the virus.

All efforts by Ghanaian students in Wuhan to be evacuated landed on deaf ears. Recently, the minority caucus in parliament also added their voices and blew the trumpet for the evacuation. The Africa centre for disease control and prevention (Africa CDC) also called for an evacuation of African students including Ghana but no positive response. 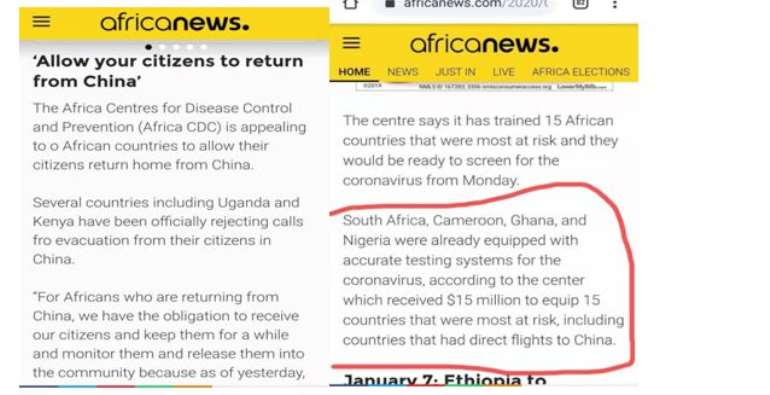 Moreover, Wuhan-chapter NUGS President and other Ghanaian students in China suggested that about 300 students in the lockdown city of Wuhan be evacuated as early as possible when the epidemic began to intensify, which supposes that 'there is fire on the mountain'.

However, many Ghanaians including the public health director of Ghana Health Service (GHS)Mr. Badu Sarkodie advised against plight and grievances stating, we should remain in China and shouldn't come to Ghana to infest the nation with the virus. This shows how insensitive and unconcern some Ghanaians home feel for brothers and sisters in the epicentre, china and the diaspora at large. They prefer their colleague citizens to 'die' and “become national statistics” rather than to sacrifice and evacuate them. Forgetting the real purpose is 'people's lives first'.

Despite the money being given to our executives, on behalf of the Ghana Embassy in Beijing which made headlines,no one is willing to volunteer to go out and face “Mr. Corona” to buy masks, health logistics including water, and food for the students. Shortage of water, food supplies and other necessities in our rooms is making life difficult and unbearable. Most shops have run out of stock in the city so, with the money, you can't even get anything to buy coupled with the risk involved. My question is why don't they rather use the money to buy these items and rather ship them to us?

Meanwhile, as students complain about inadequate masks and health logistics, A minister or mayor donated boxes of masks to the government of China without thinking about the wellbeing of his future“Children”. Not even one box was labelled to be given to Ghanaians in Hubei-Wuhan since it was coming to the same location, but will rather strengthen the bilateral stance.

The government of Ghana has promised to give extra donations. Given this scenario, how long can the government of Ghana continue to give financial support which could also not be used to buy the necessary logistics due to inaccessibility? Given the current status of the COVID-19, WHO'sstatistical updates and vaccine development news, all suggest that, it will take about18 months before a permanent cure will be found.

All schools have been shut down indefinitely and some including mine, China University of Geosciences, has begun running online tuitions. So, for how long must student continue to live in “anxiety” and “uncertainties” because a head full of fear has no space for dreams.

A study found that during SARs outbreak in 2003, in Hong Kong where the crisis was severe, shared some characteristics with COVID-19. The virus was contracted by people who were staying indoors and obeying the epidemic control measures given by authorities. The study traced the extra source of the infection to be from the buildings domestic sewage system. This infected 321 people

Therefore, always staying indoors does not guarantee 100% rate of been unexposed. 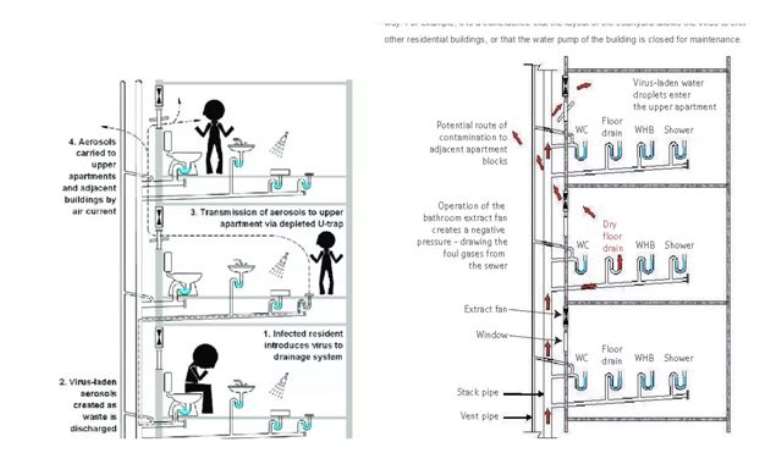 The transmission routes ofcoronavirusCOVID-19, through human to human contact, contaminant surfaces and aerosol transmission. A similar mode was found in SARs, which is a mixture of the virus with droplet in the air causing infection after inhalation. Wuhan as at now, is disinfecting its immediate environs, atmosphere and public places but not considering the sewage systems. This alone is very scary. 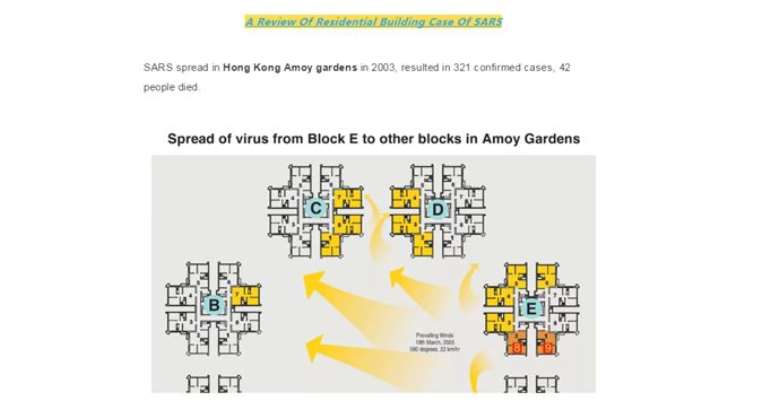 Path of its molecules through current Wuhan weather patterns such as turbulent winds, temperature changes and unstable buoyancies will cause more contaminants to circulate in the environment.

Recent update on some local residence in Wuhan indicates that, people disinfect their rooms with ethanol and other types of disinfectants which resulted in fire outbreak due to warm temperature in those rooms. This presupposes that always staying indoors could also be a risk of being a victim of a fire outbreak. In the midst of the crises, no matter how careful one can be, someone, somewhere will carelessly do something to affect you, just like viral videos of people spitting in public place like the ATM, elevators, and even on money.etc

Schools are implementing strict measures to control the disease. These include restrictions from going out, main entrances being locked, restricted to room only, a movement to just designated places, avoiding crowded places, and washing hands often among others. In some parts of Wuhan, due to the rapid rate of confirmed and infected persons, schools and gymnasiums are being converted into hospitals to treat suspected or confirmed cases of the virus besides the newly built hospital with a capacity of 1000 beds.

Should this not be a good reason for us to be scared of the unknown as a foreigner and a reason to be evacuated? We staying indoors in Wuhan do not guarantee 100% safety for our lives.

Also as announced, after 15th February, Chinese workers will resume work meaning there will be an increase in movement of people which will lead to less sanitation and hygiene issues thereby causing more spread of fetal disease. Depicting the assertion made by WHO stating that “the virus will accelerate from “epidemic to pandemic”.

Again, staying in Wuhan, epic centeris not a 100% guarantee to our lives and safety.

For the past few days, I have been running out of stocks of different necessities and beginning to starve. To make things worse, the Minister of Foreign affairs and the ambassador keeps on “playing games” with our minds. They have deceived us about evacuation and we have lost hope in Mother Ghana-increasing our anxiety and depression levels.

In addition to other national news, on 1st February, China Hunan hit by H5N1 bird flu, the recent5.0 magnitude earthquake that hit Xiaogan/Tiandian in Hubei Province on 26th December 2019and another one in Chengduin January 2020 all contributed the trauma students are facing.

For all those saying we should stay in China and not bring the virus home, mind you, till date there has not been any confirm or suspected case of COVID-19 among the Ghanaian students in China yet. Also, Many Ghanaians in different cities of China are going back to Ghana without them being quarantined and are allowed to enter the country and mingle with the populace freely. Is this not more dangerous than evacuating students from Wuhan and putting them under required quarantine for specific number of days plus they have already stay isolated for more than the incubation period of the virus which is 14 to 21days.

We all know that, Ghana has a robust health sector capable with experienced epidemiologist, security services and personnel's who can assertively analyses and detain people for health observations. Just as a national preparedness and response plan for prevention and control of the outbreak of Ebola.

Why won't mother Ghana listen to the cry of her Children in Wuhan and come to their aid?

We really acknowledge the help from both Ghana and Chinese Governments.

However, given the current situation and future risk, we call on government and other stake holders to help evacuate us from Wuhan and put us under proper quarantine at appropriate place.

I'm very disheartened, psychologically and emotionally unstable and can't focus on studies or do anything productive indoors coupled with scarce food and health logistics.

Coronavirus doesn't discriminate, so neither should you. Let humanity lead!