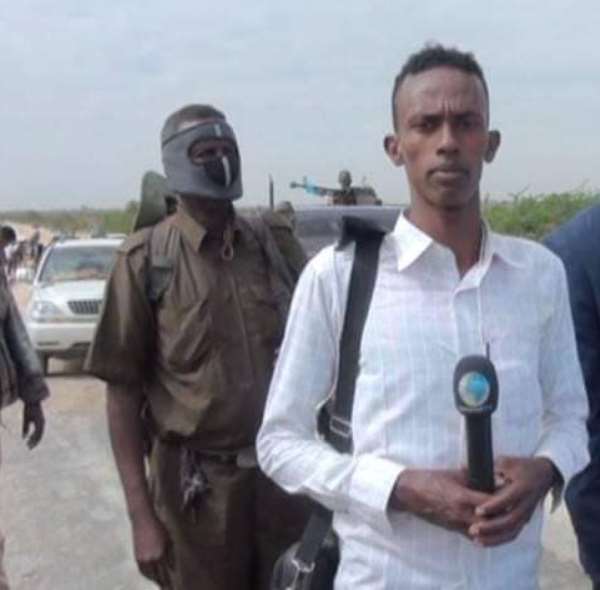 The reporter, Abdiweli Ali Hassan, aka Abdiweli Online was working as a reporter with Universal TV, a London-based Somali TV and Kulmiye-based radio in Mogadishu.

He was attacked by two unidentified gunmen who shot him in the head with three bullets as he was heading to return home from work. The journalist was badly injured and rushed to a local hospital which recommended to be referred to the main referral hospital in the capital Mogadishu since he had sustained severe cranial gunshot wounds but he was confirmed dead while on the way to the hospital in Mogadishu.

“We heard gunfire, immediately shouting people came to inform us about Abdiweli's injuries, we rushed to the scene, we saw him lying in a pool of blood and he was unable to talk to us. We rode and get him on auto rickshaw and took him to a local hospital called Shoombe hospital but health staff informed us they can’t assist him and advised the victim to be rushed to a referral hospital, Journalist Abdiweli Ali Hassan is pronounced dead before reaching to the destination," a family member told FESOJ on the phone.

“We condemn the murder of Abdiweli Ali Hassan,” said the Secretary-General of FESOJ Mohamed Ibrahim Moalimuu. Abdiwali has deeply committed journalist who remained dedicated to informing the public at great risk to himself over the years. I call on the local authorities to investigate this crime and bring its perpetrators to justice, an essential step to improve the safety of journalists working in the area.” Moalimuu added.

. Abdiweli Ali Hassan is the first journalist to be killed in Somalia in 2020.

"Somalia is the world’s worst country for the fifth year in a row when it comes to prosecuting murderers of journalists, according to CPJ’s 2019 Global Impunity Index, therefore So we look forward to all sides to make sure the safety of journalists in Somalia, "Mohamed Moalimuu said.