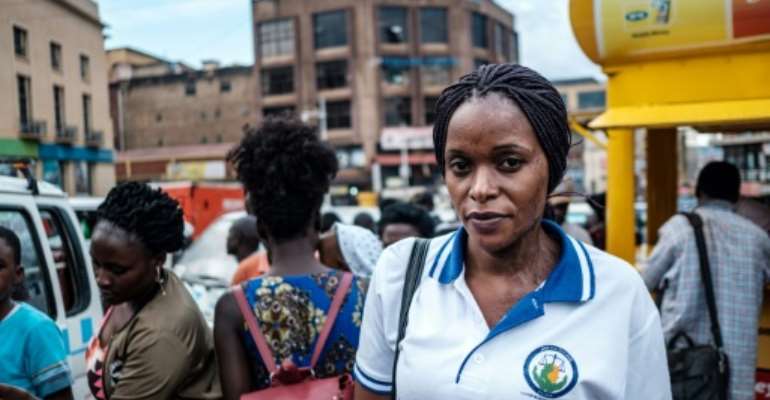 Linneti Kirungi was attacked with acid after turning down a marriage proposal. By SUMY SADURNI (AFP)

Ugandan university student Linette Kirungi was on her way to class when she heard footsteps behind her. The next thing she felt was liquid on her face -- then burning agony.

She had just turned down a marriage proposal from her ex-boyfriend. He responded by throwing acid.

"The pain was too much. The skin was peeling off." 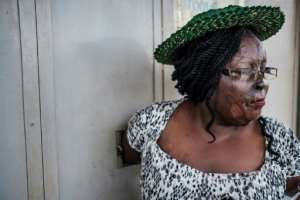 Survivors like Jennifer Mutesi can spend months in hospital, and even lose their jobs and end up homeless. By SUMY SADURNI (AFP)

Acid is cheap and easy to find. Some just use acid for car batteries. It melts the flesh, sometimes to the bone.

Today, Kirungi works to support survivors of acid attacks in Uganda -- and close a legal loophole that allows attackers to easily evade justice. 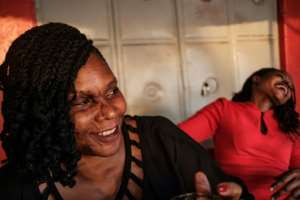 In Uganda, in 2018, 42 cases were reported to the End Acid Violence campaign group, listing motives including jealousy and relationship arguments.

More go unreported, activists say, who are pushing the government to declare acid attacks a "serious crime" and police to take action.

Uganda's Justice Minister Ephraim Kamuntu said he wanted to stamp out the attacks.

"We are working... to see that a new law is in place to stop this crime," Kamuntu said. 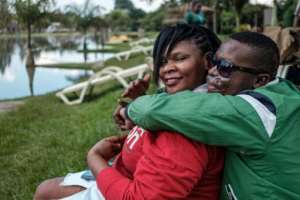 Daniel Kasolo, pictured with his friend and fellow survivor Reenah Ntoreinwe, was attacked with acid by his close friend when he was 18 years old. By SUMY SADURNI (AFP)

But Kirungi, whose ex-boyfriend was never arrested, said that police lose interest if victims don't follow the case -- but they are in hospital struggling with the pain.

"You are in the intensive care unit, and at times you find you even don't know what is happening," Kirungi said. "Once you fail to appear they will close the case."

Survivors of the attacks can spend months in hospital, often lose their jobs, and then end up homeless.

"You fear people seeing you," said Jennifer Mutesi, who also was attacked with acid.

"If they see you, they are scared of you. And you cry, because of the pain, and your appearance."

It is not just a Ugandan problem. Such attacks happen worldwide.

ActionAid, an international organisation working for social justice, say acid attacks mainly target women -- and the method is used because of the importance placed on a woman's physical appearance.