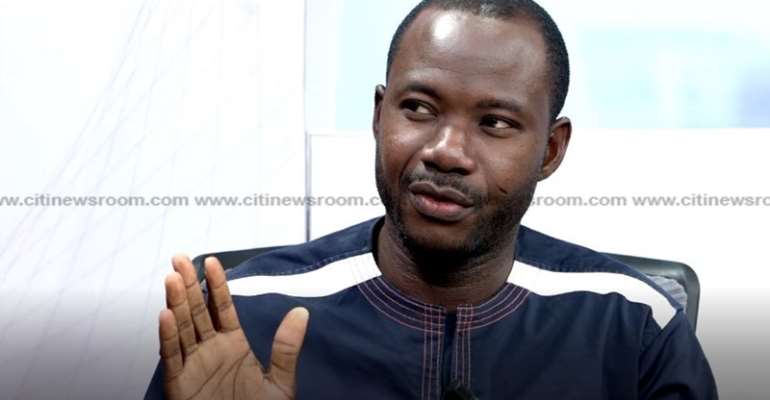 He says a disregard of Ghana’s debt stock which can be best described as ‘alarming’ may plunge the country into no other situation other than a debt-distressed one.

Advancing his argument on The Big Issue, he raised issues such as the low level of industrialization, unemployment, too much focus on social intervention program other than infrastructural development as some of the challenges affecting the country’s revenue generation drive.

Dr. Adu-Sarkodie therefore, warned that country risks jeopardizing its economic milestones if stringent steps are not adopted to tackle the ever-rising debt stock.

“We have not made any strides in industrialization and significant changes. 43 to 50 percent of the average growth from 2017 to 2018 came from the extractive sector. This is the same situation we had with the previous administration. That was not the first time Ghana enjoyed macro stability.

“It is good that we are making economic stability but the public debt that is staring at our face will disturb the macroeconomic stability. We do not seem to have gotten to the optimal level of revenue growth so I think that the public debt is very alarming. If we go at the rate at which we are going, we are likely to be in the position of a debt-distress country and this will disturb the macro-economic gains that we are enjoying right now.” Ghana’s debt stock

According to the Bank of Ghana's latest data on economic figures, the country's total public debt reached GHS214.9 billion as of November 2019.

This represents 62.1 per cent of the total value of all goods and services produced in the country for the period.

The World Bank has also cautioned Ghana against piling its external debt and exceeding the sustainability threshold .

Ghana's recent sale of $3 billion in Eurobonds puts it in high risk of distress, according to the International Monetary Fund. Return to IMF?

The economist also predicted that should the issue of the huge debt stock, Ghana may have to go back to the International Monetary Fund (IMF) for support.

“In terms of the nominal figures, the debt has worsened. The issue of the debt stock is a very big problem and so I do not want to see Ghana in a debt-distressed position. If we get there, IMF will start knocking at our doors and we will have to go back to them if we do not deal with the public debt.”

Debt accumulation under Akufo-Addo lowest in a decade – Bawumia

Vice President, Dr. Mahamudu Bawumia, says the rate of debt accumulation over the last three years is the lowest Ghana has achieved in a decade.

He noted that there's been “ significant progress ” in this regard because other promises, like the realisation of the Fiscal Responsibility Act, had been met.

“The strong fiscal adjustment that has taken place and better debt management meant that the rate of debt accumulation has slowed down considerably to the lowest in a decade. Between 2008 and 2012, Ghana's debt stock increased by 267 per cent. Between 2012 and 2016, Ghana's debt stock increased by another 243 per cent. But between 2016 and 2019, the increase has been by 79 per cent. So there is a big difference.”

Continuing to pat himself on the back, he added that “for the first time in a decade, Ghana recorded primary balance surpluses…three years in a row.”