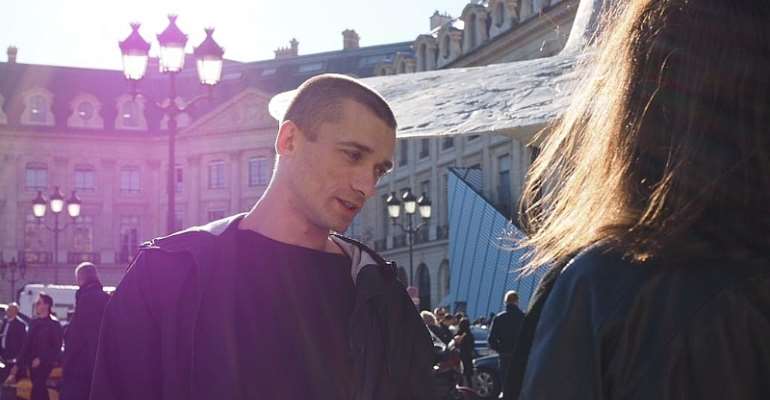 The Russian artist Piotr Pavlenski and his girlfriend have both been arrested as part of the on-going investigation into the publication of an intimate sex video involving Benjamin Griveaux, President Emmanuel Macron's chosen candidate for the post of Paris mayor.

The couple were taken into custody on suspicion of "invasion of privacy" and "dissemination without the person's consent of images of a sexual nature", as part of the investigation opened on Saturday following the filing of a complaint by Benjamin Griveaux.

Pavlenski was arrested on Saturday in a separate case.

That investigation, for alleged violent behaviour, has been suspended to allow for the suspect's questioning by police investigating the Griveaux case.

Under French law, he can be held for a total of 48 hours, no matter how many accusations he faces, meaning that Pavlenski must be released on Monday afternoon.

His 29-year-old partner, named as Alexandra de Taddeo, is being questioned for her alleged part in the publication of the Griveaux videos. A source close to the investigation has described De Taddeo as the original "recipient of the incriminating images", without offering further clarification.

Griveaux, a 42-year-old MP, has brought a legal case against Pavlensky over the release of the video and an enquiry has been opened, the prosecutor said later Saturday.

Griveaux "is someone who constantly brings up family values, who says he wants to be the mayor of families and always cites his wife and children as an example. But he is doing the opposite," Pavlensky told the French daily newspaper Libération.