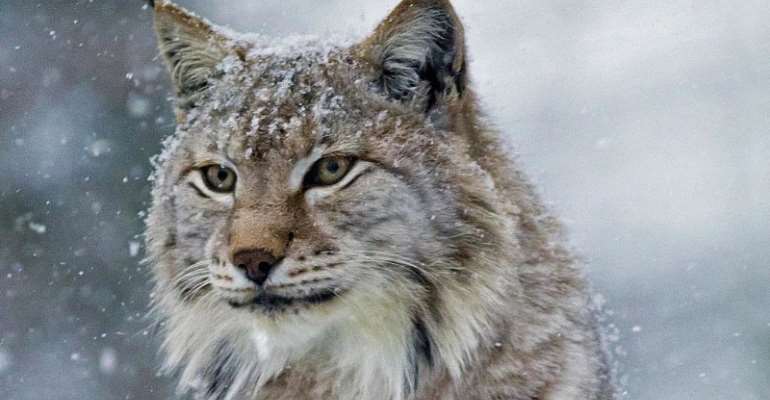 More than 300 people gathered for a peaceful demonstration in Saint-Amarin, in the east of France on Saturday against lynx poaching after one was shot in the Ballon des Vosges in the middle of January.

A further 800 have registered to join a Facebook group created following the shooting, many of whom participated in the march.

Lynx protest
The protest comes on the foot of an initiative by two women from Saint-Amarin who mobilized on social networks with the Facebook page: Ma Thur Sauvage.

A statement on the Facebook page reads:
“This is too much! We can't keep silent any longer... It is our duty to make the voices of those who refuse to let more murders be committed heard!

“One lynx too many has been killed! Yes, one too many. There was a lynx in that beautiful valley...

“But he's no longer [with us] And it has to stop!
“If you're one of those people who want to see the wilderness live and flourish, then you've come to the right place.

“We are simple individuals, from no political background, from no side, except for the respect of the fauna and flora.

“To gather enough people here to organize a walk in the Thur Valley to get our message heard. But, above all, to make the voice of those who unfortunately cannot defend themselves heard."

A judicial inquiry has been opened to try to find the perpetrator of the killing of the animal.

An autopsy revealed "the probable origin of the animal's death by firearm".

The animal, found on January 16, is described as an adult male specimen that was not known to the services of the French Office of Biodiversity under the national monitoring program.

Proteced animal.
The animal, which is protected, has been the target of a national action plan since 2018, although the plan has still to be finalized.

According to the 30 million Friends Foundation, while 21 lynx were reintroduced between 1983 and 1993 in the Vosges, the species has almost disappeared again as the department has only four or five individuals", including three from the reintroduction programme carried out on the other side of the border, in Germany.

The Foundation claims that poaching which has been rampant since 2010 in the Vosges mountains, the Jura mountains and the Alps", has been responsible for the decline in numbers and is calling on the public authorities to "take their responsibilities by strengthening criminal repression" against poachers.

The lynx, the only large feline present in France. Conservationists hope that they will be able to save this endangered species, despite the fact that there are only about one hundred individuals are thought to remain in the country as of January.