Bawumia Was Dishonest In Assessing His Gov't – Suhuyini 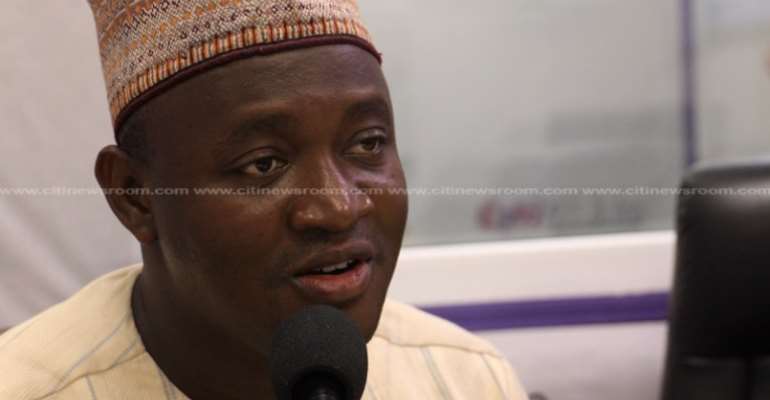 Dr Bawumia has said the Akufo-Addo administration had fulfilled 78 percent of its 2016 manifesto promises.

“In all, we made 388 promises in our manifesto. The most recent validation exercise at the end of January 2019 shows that we had delivered or are delivering on 303, 78 percent of the promises, up from the 72 percent reported earlier,” Dr. Bawumia said at a town hall meeting organised by the ministries of Information and Monitoring and Evaluation in the Ashanti Region.

Mr. Suhuyini on Citi FM/TV's The Big Issue in a rebuttal however pointed out that the Vice President failed to give a true representation of promises delivered by the government.

He indicated that the Vice President had given the impression that government had delivered 78 percent of its promises when it had actually delivered just about 30 percent.

“I feel sorry for Dr. Bawumia’s lack of candour in this whole discussion because he knows the importance of accuracy when it comes to appraisal and maybe he does this because he does not seem to understand the importance of appraisal to the things that are needed for us to do to move forward. You do not do an appraisal only to show that you are better. You do an appraisal to also show where you are, what has gone wrong and what needs to be done so in that context you need to be accurate because you are serving a nation with the measurement.

“ For example, everybody in research knows that in doing an appraisal you do not measure what has not been delivered even if it has started… Everyone knows this. Dr. Bawumia in his assessment pointed to a website where you can track [promises] delivered. Even on that website that is managed by the government, you find [promises] delivered to be less than 30 percent but the statistical Galamsey that he did was to add delivering to delivered and gave 78 percent…It is illegal. ”

The Vice President’s assessment for promises delivered is a higher percentage compared with the 48.78% policy think tank, IMANI Africa gave the government.

IMANI's findings were based on research it undertook to assess the extent to which promises the New Patriotic Party (NPP) made before the elections had been fulfilled.

IMANI also scored the government “54.35 percent in the delivery of its commitments on the economy, 46.21 percent on governance, and 46.44 percent on infrastructure.” Government introduces website to showcase, track its achievements

The Vice President had said a new website has been introduced to solely monitor government's manifesto promises and track the successes it has chalked.

With the address name, www.delivery.gov.gh, the platform which basically provides the status report of the NPP's 2016 manifesto promises also gives data on the gains made by the government so far, three years after assuming power.

Dr. Bawumia indicated that the move is to provide more clarity on the fact that the NPP has outperformed the National Democratic Congress (NDC) in the management of the country.