A Quick Note To Ohemaa Yaa 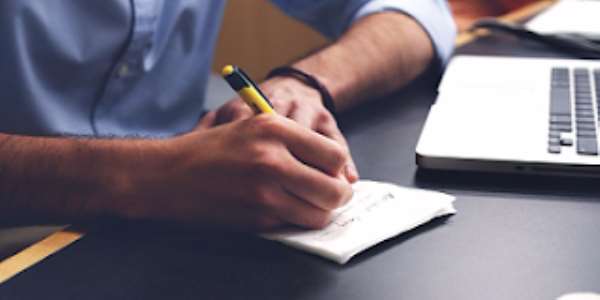 Thank you so much for sharing your viewpoint, Ohemaa Yaa. I can understand your criticism of my article - but we face an existential threat, no less, in case that escapes you. This is no time to be polite and decorous in one's writing.

We must stop those toying with the future of our beautiful country, and the overall well-being of present and future generations of our people - by confronting them: and speaking frankly to them, Ohemaa. Full stop. There is no other way. Can't be decorous in writing about those in power whose dereliction of duty allows murderers driven mad by the love of gold to destroy our forests; and poison our streams, rivers, groundwater, and soils, right across our homeland Ghana. No. No. No. Do you know how many are dying daily from their lawlessness across Ghana?

It might interest you to know that whiles our natural heritage is being destroyed by greedy and selfish people, who don't care one jot about the impact of the unfathomable greed that drives them, on their fellow humans, and on the natural environment, Morocco, which God Almighty did not favour with the kind of natural heritage we are blessed with, is creating a green future for its people. It is called wise and farsighted leadership. That commands respect from writers who care about their societies'.

Furthermore, in all this, believe me, President Akufo-Addo has become powerless - as those of his appointees, who ought to be helping to ensure that his cherished policy of protecting what is left of our natural heritage, is implemented successfully, betray him left, right and centre.

That is no fault of his is it - so why should I criticise him for the errors of judgment and criminal negligence of others? Plus, unlike most Ghanaians, I do know for a fact that he genuinely cares about the preservation of Ghana's natural heritage. And, his family and mine, have ties dating back to the colonial era - so I do know him well, so to speak: although we have never met since 1997 or thereabouts. However, I support him 100 percent because he is a genuine environmentalist. Period.

In my humble view, Bawumia and Yaw Osafo Marfo had no business going to China, to sell the birthright of Akyems - and come back to trumpet to the world that they had invented a new-fangled economic-model for leveraging funds. What utter rubbish. How dare they?

In case you forget, mortgaging the future of unborn generations of our people, was never supposed to happen under a New Patriotic Party (NPP) administration - according to the garullous Bawumia: when they campaigning for power in 2016. The sod.

Those two environmental equivalent of blockheads, clearly haven't a clue about the potential dangers inherent in the negative impacts of climate change - because if they did, they would never dare risk the watershed of the three major river systems sourced to treat and distribute potable water to villages, towns, and cities across southern Ghana, populated by as many as 5 million Ghanaians. What madness is that?

Let that kind of plain-speaking lower the tone of my writing, by all means. It matters not a whit to me, Ohemaa - for I do not write to please polite-society scared stiff of speaking out against those destroying our nation from the top of the greasy-pole-of-politricks. No. No. No.

Finally, as it happens, my family owns a small part of the Atewa Range upland evergreen rainforest. As we speak, there are two abandoned excavators on what is our privately-owned 14-square mile freehold upland evergreen rainforest property at Akyem Juaso - left there by illegal gold miners who have destroyed nearly 5-square miles of what is our private property: not some sodden traditional ruler's property.

Ohemaa, you wouldn't be decorous in your writing if you had to contend with that kind of lawlessness. Never. The regular production of bush cut lumber from hundreds of felled trees on your private property, and the creation of mining pits on your land, by emboldened and fearless illegal gold miners, all operating glove-in-hand with total impunity, in a nation in which the rule of law is supposed to prevail, would elicit the same response in you too, Ohemaa, when writing about it. Sod decorous language in the face of such egregious-provocation. Still, thanks for sharing your view - and may God bless you always!

Yours in the service of Mother Ghana,

Anyone who will speak against the National Cathedral will di...
1 seconds ago