Re: Upper East Youth To Stop Akufo-Addo From Campaigning In The Region 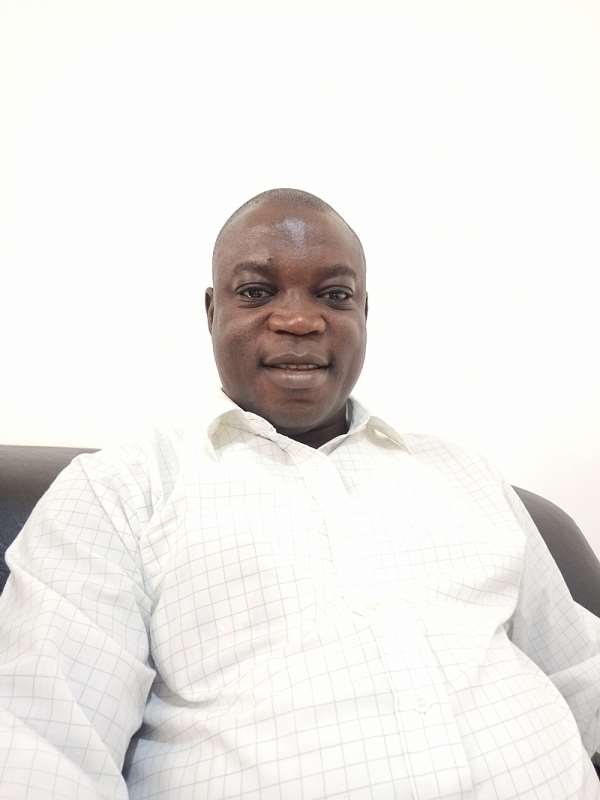 What started as education, information, and entertainment on Valentine's day edition of the popular program TV3 New Day angered some Youth of Upper East region and my humble self because one Casper, a Deputy NDC Communication Officer called the Youth of Upper East Region lawless.

It all started few weeks ago at a local cement retail store in Bolgatanga where the Deputy NDC Communication Officer Casper Sunday Kampoli sells cement, he told some friends that his Party the NDC was contemplating refusing him slots on TV because; of the two opportunities given him to appear on TV3 New Day he performed below average. So he told his friends he was going to do something crazy to pleased his party to retain him when the opportunity to appear on TV3 came again.

I was however not surprised at his outburst but I was amazed he referred to Upper East Youth as lawless who would stop the President from campaigning in the Region because the new Clinical block of the Bolgatanga Regional Hospital does not have the equipment. I urge the law-abiding and peace-loving Youth of Upper East Region to forgive him by not giving him the needed attention, I also implore the good people of Ghana to treat his comments with the contempt it deserves.

I humbly present to you the facts of the construction of the Bolgatanga Regional Hospital for your understanding and judgment;

1. It is common knowledge in the region that phases one(1) and two(2) of the project were started during President John Agyekum Kufuor's administration that saw the construction of the ultra-modern Maternity and Gynaecological wards, Surgical theatres, etc. The modern Doctor's Bungalows constructed near the Bolgatanga Nurses Training College is part of the phases constructed under President Kufour's NPP government.

2. The project would have long been completed if John Mahama's NDC government had followed the processes laid down by the Kufour's government which secured funds in 2008 for the completion of phases. The late President Mills used those funds for the new OPD before he passed on. When John Mahama took over as President he asked the Bolgatanga Traditional Council and BONABOTA for land (which was given by the Chief of Sherigu, Naba Apassinaba) so that he could take the remaining phases there to satisfy the NDC's campaign manifesto of giving every region a Regional Hospital but this was resisted by the Saudi fund. This needless struggle between the John Mahama government and the Saudi fund delayed the continuation of the construction of the remaining phases.

Fast forward, a US$48 million loan was the source for expansion works to continue but this huge amount could only provide us with a clinical block without equipment. I am sure that several commissions were paid from those monies to fund John Mahama's 2016 campaign to the neglect of the rest of the other projects in the phase.

3. The contract for the overpriced Clinical block which was supposed to come with equipment that never came despite several promises by John Mahama himself was signed in December 2013, but actual work began in February 2014.

In 2016, John Mahama commissioned the clinical block for use even without the equipment. So if there is any one that the Youth of the region would prevent from campaigning it would be the commission taker, GO1.

In conclusion, the Youth of Upper East is aware that the Nana Akufo-Addo government has secured a US$20m funding for the construction of additional facilities, supply and installation of medical equipment to the adjunct clinical block at the Bolgatanga Regional hospital. The Minister of Finance Ken Ofori-Atta secured and signed for the fund on behalf of the people of Ghana.