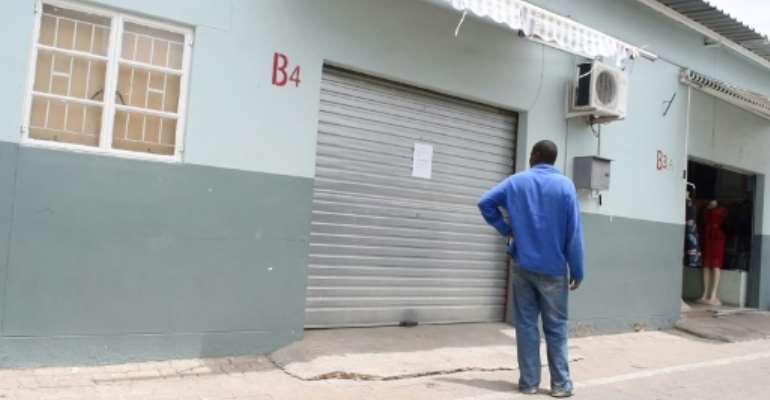 Many Chinese business owners have delayed their return to Namibia after their year-end break in China. By HILDEGARD TITUS (AFP)

Namibia should by rights feel little concern about the coronavirus outbreak given that the sparsely-populated desert country is 12,000 kilometres from China and without a single confirmed case.

But like many countries on the continent, the southern African nation hosts a big Chinese retail business community with close links to home.

And as the fear of infection spreads, businesses are taking things into their own hands.

A notice in Chinese and English taped to an aluminium shutter on a Chinese-owned shop in Windhoek's Chinatown spells it out: Any merchant returning to Namibia from China "must be quarantined for 14 days and keep the shop closed for that period", state the typed instructions signed by the Chinatown management.

Many shop owners who travelled to China for the year-end break have opted to stay put instead of returning to Windhoek's Chinatown, a vast complex of nearly 200 retail, wholesale, food and electronics outlets in the northern industrial district of the capital. 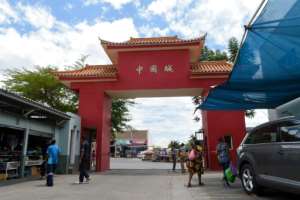 The Chinese community, their embassy and Chinese Chamber of Commerce are trying their "very best to prevent people from returning from China to Namibia ... during this period," said Brian Lee, a businessman.

For those who travel nonetheless "we have already set up a quarantine place outside of Windhoek" where they will be kept until cleared of the virus, but nobody has been taken there yet.

"I think everybody is panicking, not just Namibians, also the Chinese community here is panicking as well," said Lee.

Chinatown is usually teeming with shoppers, but not on this Friday afternoon.

Shop owner Miang Li points to people's fear of contracting the virus from the Chinese as a reason for the dropping footfall, although he says mid-month blues -- due to low funds between pay cheques -- may also be to blame. 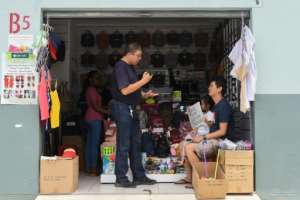 Li said inventories are dwindling because owners would rather not travel to China for their usual re-stock runs, instead clearing last year's stock at marked down prices.

"Many of us here only go back in February or March for stock, now it is dangerous to go and come back," he said. "If you go now, you don't know if this country will let you come back."

Chinatown caters to retail shoppers but also sells bulk to online and bricks-and-mortar boutiques in other parts of Namibia.

"Clients from Walvis Bay, Swakopmund and Oshakati are not coming for now because we only have old stock," said the 52-year-old who has worked in Namibia for nine years.

To make matters worse, some local staff are reluctant to continue working for the Chinese.

"Her uncle and aunt told her the Chinese bosses will give her the virus that is killing all the Chinese and that a N$800 (US$54) salary is not worth losing her life or infecting the rest of them in the house," and so she quit, said Ndinoshisho.

Namibia has had only one suspected case of coronavirus which turned out to be a false alarm.

Health Minister Kalumbi Shangula said the government had medics screening visitors at all entry points into the country.

"Every passenger who is coming into Namibia, whether from China or from any other country in the world, is subjected to a thorough screening," the minister told AFP.

"If anybody displays symptoms of being infected with the virus, that person is isolated immediately and monitored."

Now known by its official designation COVID-19, the virus emerged in central China at the end of last year and has spread across the world.