Why Are African Leaders So Helpless?—Thoughts 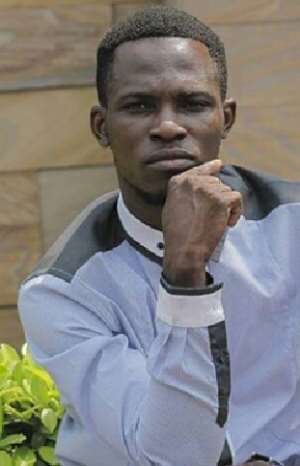 'Africa has the richest concentration of natural resources such as oil, copper, diamonds, bauxite, lithium, gold, hardwood forests, and tropical fruits. It is estimated that 30% of the earth's mineral resources are found in the African continent. Additionally, Africa has the world's biggest precious metal reserves on earth. Despite the wealth of natural resources, Africa still lags in development due to corruption and resource mismanagement'-according to World Atlas, August 2018.

Despite the wealth of the African continent, its' states continue to struggle to meet the basic needs of its people. Africans still struggle for basic, fundamental necessities such as good drinking water and food despite its excellent fertile lands that support year-round food production. Africa's annual food import bill is currently estimated at $35 billion, estimated to rise to $110 billion by 2025 (Adesina 2017¬).

Part of the reasons argued over the years for Africa's current weakened, failed or failing systems have been attributed to leadership failure, mismanagement, corruption, and exploitation. In most African states, leaders are often accused of amassing huge wealth for themselves at the expense of the poor masses who live at the mercy of poverty, hunger, and diseases. Others have been cited for corruption, greed and poor management of their economies.

All these reasons are re-echoed by the media, as accusations of corruption and poor leadership are discussed daily in the media from the news, morning shows, and discussion programs. For over 50 years, many development programs have been pursued in an attempt to redeem the sinking African economy. Notable among these policies is the Millennium development goals, Poverty Reduction Strategies 1&2, HiPC, Sustainable development goals among others.

In the light of these arguments and the wealth of the African continent, it is critical to attempt new questions in the light of the helplessness posture of African leaders. These questions, of course, stem from the seeming helpless uniformity posture of all African leaders in the face of the glaring suffering and cry of their citizens for improved lives. The questions seek to look beyond the normal rhetoric and theories offered as an explanation of the obvious failure of the African continent in terms of development.

The questions are based on the assumption that all African leaders campaigned to their fellow citizens for an opportunity to lead them out of poverty and suffering. Yet, once in power, they seem to appear helpless, hopeless, clueless and unconcerned about the plight of the ordinary citizens whose cause they swore to advance.

• Are African leaders so wicked that they simply do not want to replicate the great systems and development they witness in the developed states they visit?

• Is it a case of simple wickedness or they simply do not care about the plight of their people?

• Is something holding African leaders from pursing real development in their countries?

• Why do African leaders seem to have the best of antidote in opposition only to look helpless in power?

• Are there hidden and untold stories and struggles of the African leader?

• Why are African leaders quiet?
• Why do they seem so HELPLESS?
• Are there answers to these questions?
These questions may seem difficult to answer but we must start thinking about them and begin a conversation around them. For over 50 years, we have been resounding the same blames-corruption, leadership failure, greed, etc. These cannot be the only problems contributing to the underdevelopment of the African state-for these are also present in other equally developed states, although not as phenomenal comparatively.

It is time to begin a relook at the contributing factors to Africa's underdevelopment predicament by asking new questions and subjecting our interrogations beyond the old constructs that have been created over the years.

A new Africa requires a new questioning paradigm and we must be ready to attempt this difficult but thought-provoking enquiry.