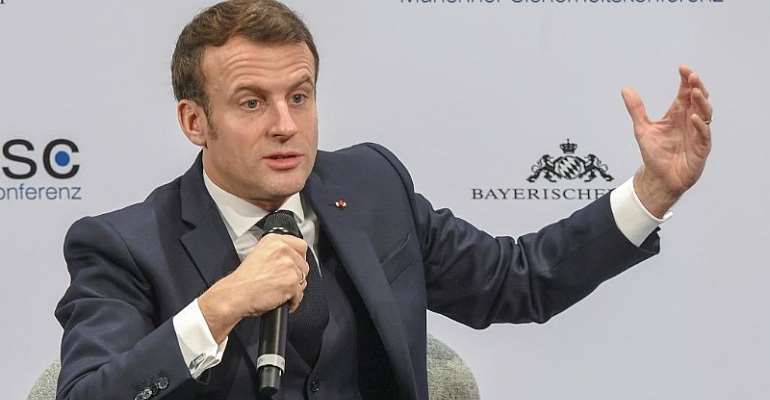 French President Emmanuel Macron has warned that Russia will continue to try to "destabilise" Western democracies by interfering in elections, social media manipulation and other acts of cyber warfare. The French leader was speaking at the Munich Security Conference.

Moscow would carry out its work "either through private actors, directly through its agencies, or through proxies," Macron said.

Russia has been accused of interfering in a string of elections, most notably the 2016 vote that put US President Donald Trump in the White House, and Britain's Brexit referendum.

Macron predicted Moscow would be "extremely aggressive" in this arena "in the months and years to come".

But the French leader, who hopes to be re-elected in 2022, stressed that Russia was not alone in meddling in foreign elections.

He said "conservative actors from America's ultra-right" had sought to interfere in European elections and the French president urged European intelligence agencies to cooperate more closely.

So-called deep fake videos and information designed to mislead and divide were spreading online without accountability, Macron added, calling for an urgent response.

Europe accuses US of global retreat
US Secretary of State Mike Pompeo on Saturday traded barbs with European leaders over diminishing Western influence, rejecting as "grossly over-exaggerated" their claims that Washington had retreated from the global stage.

Speaking at the Munich Security Conference, Pompeo sought to assuage European anxiety over the transatlantic bond under an unpredictable President Donald Trump, saying: "The West is winning and we're winning together."

But he was immediately contradicted by French President Emmanuel Macron, who warned of "a weakening of the West".

The annual gathering of world leaders, generals and diplomats to discuss security challenges has been dominated by fears over the West's diminishing role in the face of a more assertive stance by both China and Russia.