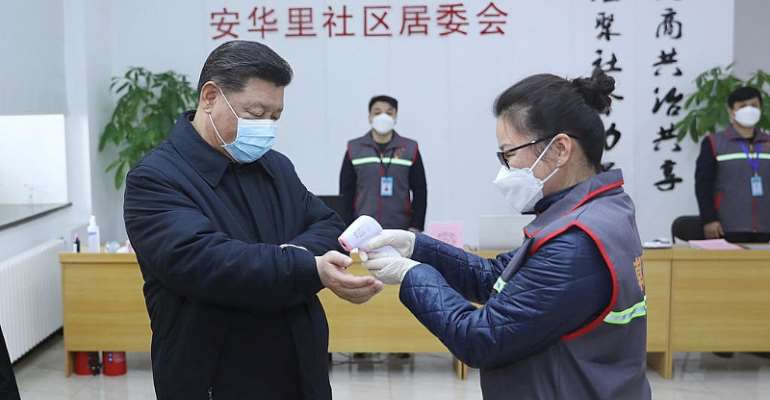 Xi's remarks were made public as the authorities face rare bouts of public anger over the handling of an epidemic that has killed more than 1,500 people and infected some 66,000 across the country.

Censors have been allowing some online criticism of local officials in central Hubei -- the epicentre and origin of the crisis -- but calls for freedom of speech and political reform were scrubbed after the death of a whistleblowing doctor.

The government must "strengthen the management and control of online media," and "crack down on those who seize the opportunity to create rumours" on the internet, Xi said in the speech published by state media.

Police to use force against disruption of social order

Simultaneously, "it is necessary to increase use of police force and strengthen the visible use of police," Xi said, calling for a crackdown on behaviour that "disrupts social order" including hoarding medical supplies.

Xi urged party members to "dare to criticise" those who had failed to carry out the Communist Party central committee's instructions, and warned "those who fail to perform their duties shall be punished according to discipline and law."

On Thursday, the political chiefs of Hubei and its capital, Wuhan, were sacked and replaced by Xi loyalists from security backgrounds.

The province's top two health officials have also been fired.