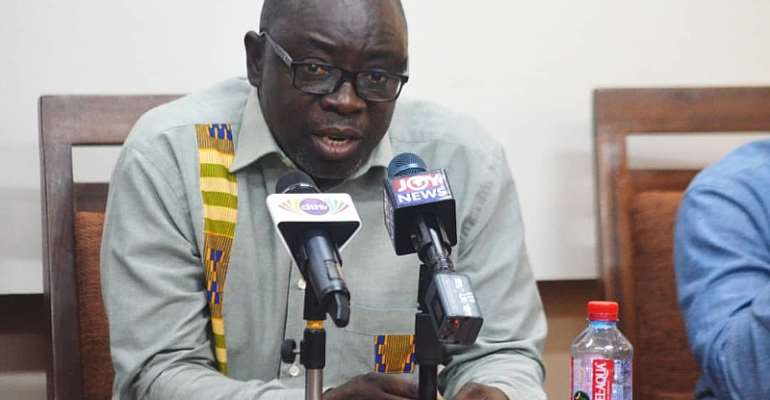 The Ministry of Lands and Natural Resources says it will continue to auction seized illegal rosewood despite concerns by the US-based Economic Intelligence Agency (EIA).

This comes after the Ministry released the report by the committee which was tasked to look into the illegal trade of Rosewood.

Highlighting some of the findings, the sector minister, Kweku Asomah Cheremeh, explained that there are provisions under Ghana's forestry laws that allow auctioning of confiscated logs; adding that this is an avenue to generate revenue for Ghana.

“The committee disagrees with the EIA assertion that, illegally harvested rosewood should not be seized and auctioned under the laws of Ghana. We are of the strong opinion that any illegally harvested timber seized by the government of Ghana or by its relevant security organs or institutions which is subsequently auctioned followed due process under the relevant laws of Ghana is legal timber. This process is enshrined in law which guarantees that the state through its legal status ensures that the integrity of its natural resources can be safeguarded for value to be generated from the same.” Forensic audit

Mr. Asomah Cheremeh also outlined some reforms to check companies and state institutions found engaging in the issuance of permit for illicit trade of Rosewood.

“The committee recommends that a forensic audit of the scientist secretariat of the Forestry Commission of Ghana be conducted by the BNI or any other state intelligence agencies to establish the veracity of the allegations made. The committee’s investigations revealed that a number of permits issued for rosewood were diverted to Vietnam and the volumes approved on the permit were altered.

“Collaborations with Vietnamese customs showed that some companies produced such fictitious documents at the blind side of Ghanain officials. The Committee recommends that a similar forensic audit is conducted on some selected companies who have engaged in this fraudulent export trade.” No evidence of corruption against gov't officials – Rosewood C'ttee report

The investigative committee was commissioned after the US-based Environmental Investigation Agency's (EIA) said the government was failing to clamp down on illegal rosewood export despite the ban on the commodity.

The committee said that government officials were complicit in the illegal felling of rosewood has found no substantial evidence of such claims.

The committee in its report said it “did not have adequate evidence to establish corruption cases against any official of the government.”

The report, however, admitted that there were “several institutional weaknesses and lapses in the Rosewood trade; from the community level to the ports of exit.”

It said this was largely due to the “highly informal nature” of the trade. Apaak dismisses findings

Meanwhile the Member of Parliament for Builsa South Constituency, Clement Apaak has downplayed a report by the committee set up to probe allegations that government officials are complicit in the illegal felling of rosewood.

Dismissing these findings, he said the committee was only set up to shield government officials complicit in the illegal trade .

“It is clear that my fears have been borne out. No one seems to be held accountable although the EIA report made specific references to certain personalities and entities that the EIA through its investigations concluded were complicit both in allowing and supporting the illegal Rosewood trade.

“If you look at the composition of the committee, the members are largely drawn from the same entities that were said to be complicit so I did not expect that they will indict themselves. The committee was set up as an effort to cover up and that is exactly what I am hearing.”

Mr. Apaak said he, however, believes the Special Prosecutor whom he had petitioned will expose officials complicit in the illegal trade.