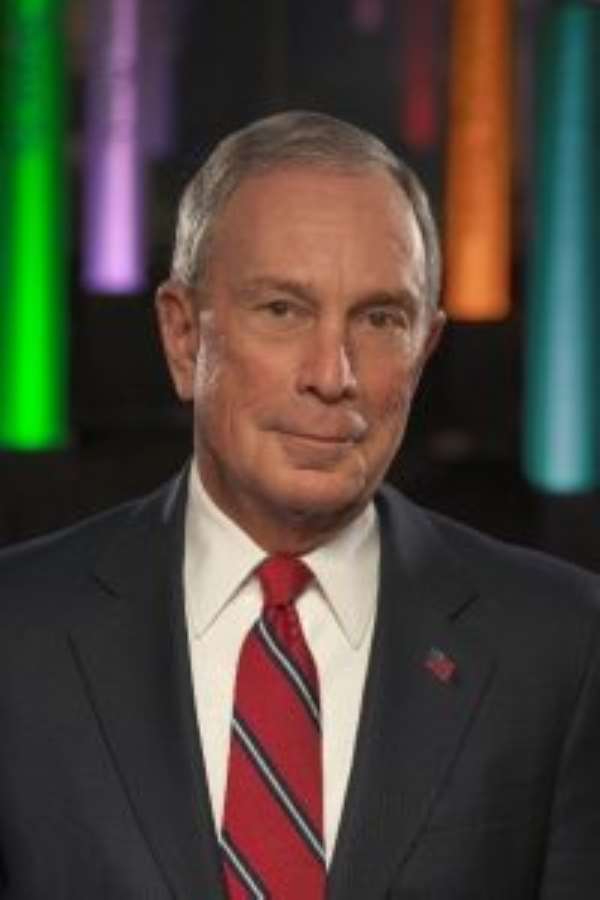 Interfering, corrupting and altering the views of electors is apparently frowned upon. But it all depends on who that manipulating source is. The Russians might be condemned for being meddlers of minds in the US electorate, but an American billionaire who hires battalions of influencing agents to get his word across on social media platforms is not much better. At least the Russian representatives were decent enough to light fires on both sides of the political divide, providing an odd equilibrium of chaos.

Bloomberg’s booklet of electoral wooing is merely a softened, couched version of what has come before. To win over the electorate, you need an army of hidden persuaders, the men and women who claim to know, telling the voter how to vote for a supposedly delightful candidate who is, truth be told, a sham. This is ad-man territory and puts the former New York Mayor on terrain that abuts that of President Donald Trump.

The cash-for-allegiance system is being facilitated through the very social media organs so disliked by Democrats. They, after all, were excoriated for muddying Hillary Clinton’s image in 2016, doing that most terrible thing of disseminating leaked material, good and bad, about her. Now, the Bloomberg campaign, keeping it digitally real, has linked arms with Meme 2020. The mission is simple if implausible: vesting Bloomberg with various attributes he does not have. According to Sabrina Singh, spokesperson for Bloomberg, “While a meme strategy may be new to presidential politics, we’re betting it will be an effective component to reach people where they are and compete with President Trump’s powerful digital operation.”

This polish-the-turd effort has the stifling smell of acute desperation. Its armchair electioneering of the most profligate kind (a million dollars a day spent on Facebook ads alone), putting faith in online presences and seducers to do what candidates who fail turning up to primaries and caucuses supposedly cannot. As it turns out, Bloomberg’s approach has furnished Senator Bernie Sanders and Pete Buttigieg with the gift of credibility. They, at the very least, bothered. However ceremonially hollow such initial rounds are, placing the candidate before the halls, the tea rooms, the homes, counts as turning up. Bloomberg is already assuming that physical absenteeism can be overcome by digital loudness.

The lead strategist of the campaign group, Mick Purzycki, chief executive of Jerry Media, is tasked with the improbable. Given that Trump’s electability was deemed impossible, the issue is by no means an irreconcilable handicap, but the fence is still a high one. The thing guaranteed in this fairly low brow affair is bad taste and profound disingenuousness. The Instragram posts, for instance, promote Bloomberg as the awkward but “cool candidate”. He dresses accordingly, if unconvincingly. He is, as the @KateSalad meme account run by Samir Mezrahi spouts, “like kale salad: tough and tasteless but ultimately good for you.”

The marketers involved with posting memes for Bloomberg are thrilled with the exposure. In the broader world of advertising, all publicity is good. The same cannot be said for the political world. Shirin Ghaffary makes the point in Vox, questioning the effectiveness of the campaign. The risk here for both Bloomberg and the influencers lies in “promoting a candidate who’s viewed by many of their followers as an out-of-touch billionaire trying to buy his way into an election.”

Not all the cabal of influencers are singing from the same hymn book. They do the same dirty deeds, blot the same copybooks but even on that shallow terrain, Bloomberg will spark disagreement. Josh Ostrovsky, known in his line of work as The Fat Jew, is one. “They asked me to do it, I said no,” he vented on Instagram. “I grew up in New York City so I can tell you firsthand, Bloomberg is a colossal shitbag.” It takes one to know one, and Ostrovsky, a serial joke thief, is a paragon of vice in the field. Paid Instagram influencers such as Tank.Sinatra are also finding their posts choked with withering remarks about their unglamorous subject.

The campaign has raised a bigger question as to what role such “branded content” has. Instragram’s owner is Facebook, an organisation constantly accused of sporting accounts that might be used to disseminate unsavoury political content. Facebook’s vice president of global affairs and communications Nick Clegg has not helped matters with his statements on the subject. “We do not submit speech by politicians to our independent fact-checkers, and we generally allow it on the platform even when it would otherwise breach our normal content rules.” He suggests two exceptions: “where speech endangers people and where we take money, which is why we have more stringent rules on advertising than we do for ordinary speech and rhetoric.”

Bloomberg has, on this point, scored a victory of sorts. As a Facebook representative explained to the New York Post, “We’re allowing US-based political candidates to work with creators to run this content, provided the political candidates are authorized and the creators disclose any paid partnerships through our branded content tools.” This leads to a specious difference. “Branded content is different from advertising, but in either case we believe it’s important people know when they’re seeing paid content on our platforms.”

In all this, a solid argument might well be made that Bloomberg is demonstrating precisely why Trump, toxic leader of the realm, is entitled to remain in the White House. The US electors already have their cashed-up megalomaniacal fraud; why go for another?

We must tackle poverty as national security threat – Parliam...
40 minutes ago