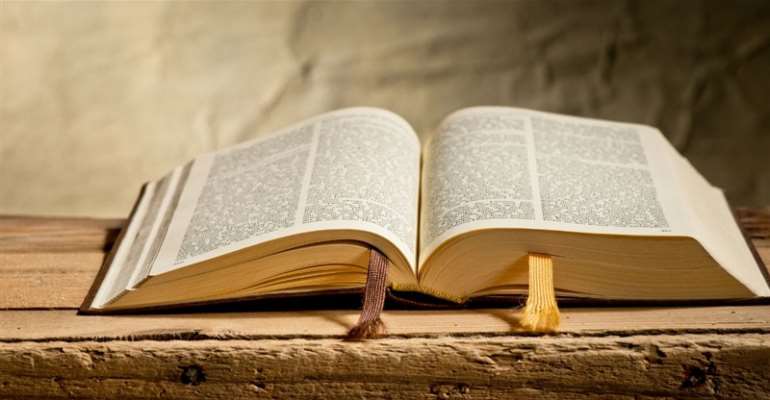 WE ESTABLISHED in last week's edition that Jesus Christ existed in the Old Testament with a different name and identity. He was the Angel of the LORD that appeared to Moses in a flame of fire out of the midst of a bush (Exodus 3:2-8). And this unique Angel introduced Himself to Moses as God. We explained that the Greek word for the appearances of God is called theophany or christophany.

It was also indicated that the apostles knew who Jesus Christ was and the work that He did under the Old Testament. Jude wrote, “Now I want to remind you, although you once fully knew it, that Jesus, who saved a people out of the land of Egypt, afterward destroyed those who did not believe…” (Jude 1:5-6). Christ Jesus was the God who rescued the people of Israel out of Egypt through Moses.

Interestingly, the New Testament confirms that the people of Israel belong to Jesus Christ. The angel Gabriel, who announced His birth said, “Christ Jesus would save HIS PEOPLE from their sins” (Matthew 1:21). The term “his people” specifically refers to, first, the people of Israel and, second, all gentiles throughout the world who would be saved. Again, the Lordship of Christ Jesus over Israel is also revealed in John 1:11 where it is written, “He came to his own, and HIS OWN PEOPLE did not receive him.” They did not receive Him because they failed to recognize who He truly was just as many do today.

However, we further revealed the existence of the Angel of the LORD as God and the LORD of hosts as God (Zechariah 1:12). This is confirmed by Psalm 110:1 where David, inspired by the Holy Spirit, called Jesus Christ Lord, i.e. Adonai when he wrote, “The Lord said to my Lord: “Sit at my right hand, until I make your enemies your footstool.” Jesus Christ Himself quoted the scripture above to reveal His deity to the Pharisees (Matthew 22:41-45).

Now, does this mean Christians worship two Gods? No, not at all! We worship one God who has two distinct personalities. There is one personality of God which is unseen or invisible to humans called the LORD of hosts, and there is another personality of Him, the Angel of the LORD, who often appears to humans to play mediatorial roles. And these personalities cohabit as one God.

This makes an appearance of Christ Jesus an appearance of God. Several passages of Scripture confirm this truth. The apostle John said, “No one has ever seen God; the only God, who is at the Father’s side, he has made him known (John 1:18). This means no human being has ever seen the LORD of hosts, but the only God, the Angel of the LORD, Christ Jesus, who is in the bosom of the Father, He has revealed Him by His (Jesus') revelation to humans.

The apostle Paul also wrote, “He (Jesus) is the image of the invisible God (Colossians 1:15). Here, Paul says God the Father is invisible; He is made visible only through Christ Jesus. And Hebrews 1:3 states that, “Christ Jesus is the express image of the Father. Christ called the invisible LORD of hosts as Father, and the angel Gabriel called Christ Jesus holy – the Son of God through His miraculous incarnation” (Luke 1:35).

There is no doubt that the LORD of hosts and the Angel of the LORD cohabit or co-exist as one God. This is why Jesus said, “I and the Father are one” (John 10:30). It is also written that, “In the beginning was the Word, and the Word was with God, and the Word was God. He was in the beginning with God” (John 1:1-2, 14). Other passages of scripture say, “Christ had glory with the Father before the world existed” (John 17:5). Jesus said, “All that the Father has is mine” (John16:15).

These make it clear that an encounter with Christ Jesus is an encounter with God. However, for Christ Jesus to come into the world through birth to live a unique life, die a unique death and resurrect to a unique resurrection to procure unique salvation for all humans who believe in Him, He had to be made a God/Man. This is not something new as the Angel of the LORD often appeared to Gideon, Manoa, Jacob and Abraham as a God/Man.

Certainly, Christ was both God and Man when He walked the earth. Various passages of Scripture confirm this: “To them belong the patriarchs, and from their race, according to the flesh, is the Christ, who is God over all, blessed forever. Amen” (Romans 9:5). “Thomas answered him (Jesus), “My Lord and my God!” (John 20:28), “For there is one God, and there is one mediator between God and men, the man Christ Jesus, who gave himself as a ransom for all (1 Timothy 2:5).

So, now, it is abundantly clear that Jesus Christ is Almighty God. In Genesis 35:11, the God of Jacob who appeared to Moses as the Angel of the LORD described Himself as God Almighty. Almighty means having absolute power over all. And after His resurrection, Jesus declared, “All power is given unto me in heaven and on earth” (Matthew 28:18). In fact, no prophet ever uttered or can utter these words except Almighty God.