Akufo-Addo To Deliver SONA On Thursday 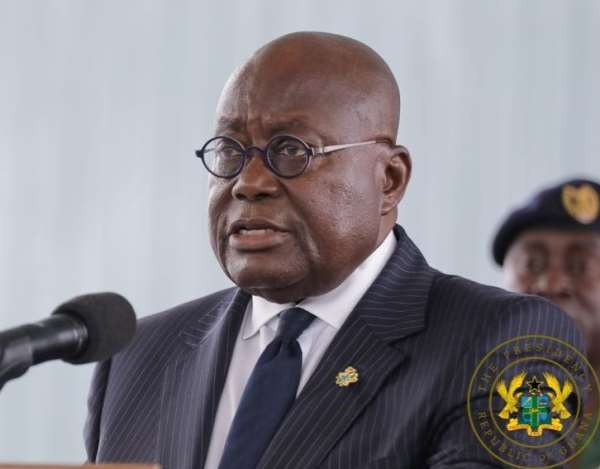 President Akufo-Addo will on Thursday, February 20 address Parliament on the State of the Nation.

The address will be President Akufo-Addo’s penultimate one before his tenure expires on January 6, 2021.

The exercise will be in accordance with article 67 of the 1992 Constitution.

Majority Leader, Osei Kyei-Mensah-Bonsu, who announced this to honourable members while presenting the Business Statement in Parliament, Accra, yesterday, urged the lawmakers to be punctual to the programme.

“Pursuant to the convention of this House, honourable members are urged to be punctual and, accordingly, be in the Chamber latest by 9:15 a.m.

“It may not be courteous for members to enter or exit the Chamber after His Excellency the President has entered the House to deliver his address. It is a breach of protocol,” Mr Kyei-Mensah-Bonsu told his colleagues.

The Ministers for Sanitation and Water Resources and Local Government and Rural Development, meanwhile, are expected to brief the Committee of the Whole on measures being adopted to address matters on the signing of off taker agreements relating to waste management in the country.

Earlier planned meetings for the two ministers to brief the committee could not be held “due to a number of reasons.”

“The Business Committee, therefore, takes the opportunity to inform all members that the said ministers have been rescheduled to attend upon the House at Committee of the Whole after adjournment on Tuesday, February 18, 2020, to brief the House on the matters aforementioned,” the Majority Leader said.

Six other ministers, the Majority Leader said, were expected to attend upon the House within the week.

They are the Ministers for Transport, Youth and Sports, Tourism, Arts and Culture, Aviation, Roads and Highways, and Volta Region.