Voters Register: NDC Should Go To Court If... 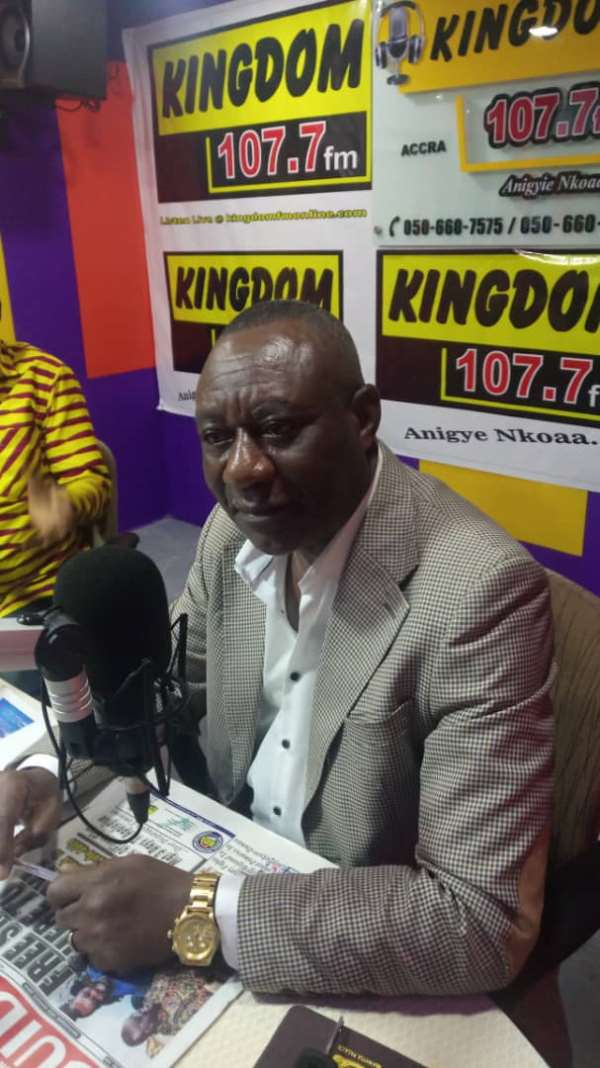 Former Member of Parliament for Bantama Constituency in the Ashanti Region, Henry Kwabena Kokofu seems to have cast a spell on the NDC’s efforts of going to court in the wake of the brouhaha surrounding the new voters’ register.

The astute lawyer urged the opposition National Democratic Congress to seek legal redress if they are not happy with a decision by the Electoral Commission (EC) to compile a new voters’ register.

“The NDC can go to court and even that they will be sacked because they have no locus standing. . . the EC is doing what it has been legally mandated to do and they have all the right to compile a new voters’ register; so what’s their argument,” Henry Kokofu told Adu Gyamfi Marfo on ‘Pae Mu Ka on Accra-based Kingdom TV.

“Go by the law; go to the doorsteps of the law . . . if you want to resolve issues which in your opinion the Electoral Commission is not taking the necessary steps, the forum to resolve those matters is not the streets, it is in court,” he quizzed

” Mahama should stop inciting his supporters to cause-violence and go to court for redress.”

However, he said the way to go as the appropriate forum is the law court.

According to him, everything pointed to the fact that the EC, especially its chairperson, Jean Mensa, was clearly in favour of the NPP to retain political power through any means.

The EC, however, has explained that the integrity of the 2020 polls could be undermined if a new roll and a new Biometric Voter Management System were not deployed.