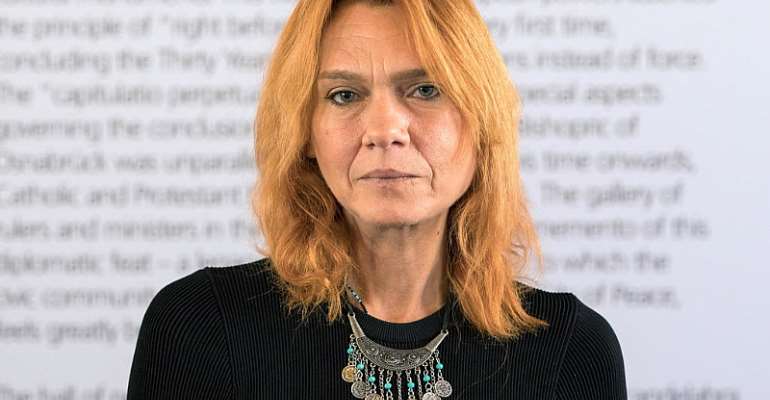 A Turkish court has acquitted acclaimed novelist Asli Erdogan on charges of membership of an armed terror organisation, in a case which sparked international condemnation.

She had been facing up to nine years and four months in jail in the event of a guilty verdict.

Erdogan, who now lives in Germany for health reasons, occasionally wrote for pro-Kurdish newspaper Özgür Gündem which was shut down after the failed 2016 coup against Turkish President Recep Tayyip Erdogan.

Turkish authorities accused the paper - where Asli worked as a literary adviser - of being a mouthpiece for the outlawed Kurdistan Workers' Party (PKK), considered a terror group by Ankara and its Western allies.

No violence 52-year-old Erdogan - who is not related to the Turkish president - was arrested in August 2016 and held in pre-trial detention for four months but later released.

She was allowed to leave Turkey in 2017 and has lived in self-imposed exile in Europe since then.

She did not attend Friday's hearing but in a statement read by her lawyer Erdal Dogan, Erdogan said her columns contained no violent element.

"Their political content is limited to human rights violations," she said, adding that the accusations based on her literary texts "trampled on the values of both law and literature".

"Of course we're pleased with the verdict," she told RFI. "But when you look more widely, we are still facing a legal catastrophe. There are many more cases like this, opened without justification."

'Sliding into fascism' Erdogan's novels including "The City in Crimson Cloak" and "The Stone Building and Other Places", explore loss and trauma and have been translated into several languages.

Her detention had raised concerns worldwide. For rights advocates, the trial was emblematic of a systematic crackdown by the government on freedom of expression, particularly after the failed 2016 coup.

Several intellectuals have been targeted in Turkey over alleged terror ties, mainly to the banned Kurdistan Workers' Party (PKK).

Özgür Gündem was among more than 130 media outlets which Turkey closed in 2016.

In an 2018 interview with AFP in Germany, Erdogan said her country was sliding into fascism.

Returning to Turkey? Erdogan's mother Mine Aydostlu was jubilant after the verdict.

"Believe me, I am very happy. I could not believe it. I was expecting this but still, I couldn't believe it," she told AFP outside Istanbul's main court.

"I asked many times if she was really acquitted. I could only believe it after I heard the word acquittal nine or 10 times."

After the travel ban against Erdogan was lifted in June 2017, she has largely lived in self-imposed exile in Europe and is currently in Berlin.

Her lawyer said she was abroad because she was suffering health problems as a result of her 2016 detention, and for a writing scholarship.

"She is not seeking asylum, she is abroad for a temporary period of time," he told AFP.

"She will not come to Turkey today but of course she will return. Turkey is her homeland."