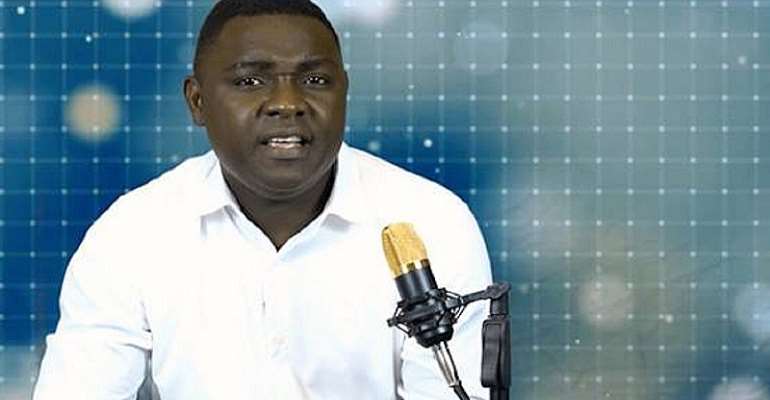 Anybody who thinks, or believes, that then-incumbent President John Dramani Mahama resoundingly lost the 2016 Presidential Election because of his promiscuous demand and facile acceptance of the SUV bribe of a Ford Expedition, not a Ford Escape automobile, from Burkinabe contractor Mr. Jibril Kanazoe, as claimed in the Ghanaweb.com news report captioned “ ‘Homeless’ Manasseh Azure Killed Mahama’s Dream with Ford Scandal – Kevin Taylor” (2/14/20), is not only living a Fool’s Paradise, that veritable media scam-artist is actually insulting the intelligence of the more than One-Million Ghanaian Voters who wisely chose then-Candidate Addo Dankwa Akufo-Addo over and above President Dumsor. Even the founding-father of Mr. Mahama’s own party, the National Democratic Congress (NDC), Chairman Jerry John Rawlings, has perennially and incessantly described his former protégé and former Communications Minister as the most thoroughgoing corrupt Ghanaian citizen to have ever been named or elected President of the Sovereign Democratic Republic of Ghana. Chairman Rawlings, the King of Corrupt Ghanaian Politicians and Faux-Revolutionaries, must know what the professional coup-plotter and junta leader is talking about.

It goes without saying that this very authoritative and unimpeachable description of the Savannah Region’s native by Chairman Rawlings may very well have done far greater damage to the inescapably lackluster political career and governance record of Mr. Mahama than any investigative findings unearthed and/or published by Mr. Manasseh Azure Awuni, the former Multimedia correspondent. You see, Dear Reader, Kevin Taylor does not the least bit help the “comeback” presidential-election campaign of the former Atta-Mills’ Arch-Lieutenant by luridly attempting to scapegoat Mr. Awuni for a character blight that is Mr. Mahama’s own doing or in the latter’s DNA makeup. Rather, what the US-based Mahama propaganda shill is actually saying here is that a hopelessly thievish bribe-extorting President Mahama ought to have been blindly and staunchly supported, going into the 2016 Presidential Election, by Mr. Awuni, merely and primarily because like the Gonja native, Mr. Awuni, a Frafra native, is also a bona fide Ghanaian of northern extraction or descent.

No such logic or ratiocinative tack could be more criminally absurd. You see, the fact of the matter is that Mr. John Dramani Mahama woefully failed in his second bid for the Presidency because he was grossly and hopelessly incompetent. His woeful inability to promptly arrest or stem the turbulent and truculent tide of Dumsor – that is, the erratic supply of power or energy – in the country, collapsed more than half of all privately owned and operated Ghanaian businesses. The then-President Mahama would further, literally, add insult to injury, when he virulently and haughtily blamed the very victims of his gross administrative incompetence for not being “creative” enough to be able to deftly work around the erratic schedule of Dumsor. In short, it was his gross incompetence, coupled with his insufferable arrogance, that caused the crushing defeat of the man who has never been able to explain to Ghanaian citizens the precise circumstances under which his generous, but, in retrospect, grossly misguided benefactor and extant immediate boss, namely, President John Evans Atta-Mills, met his death.

Then also, making a cheap and tawdry capital out of the ethnicity and regional origin of his clearly apparent and evident paymaster – he has lamely but vehemently and consistently denied this most plausible and widespread allegation - does little to further the propagandistic cause of Mr. Taylor. The fact of the matter is that Mr. Mahama is not the very first Ghanaian citizen of northern descent or ethnicity to have been elected President of the Sovereign Democratic Republic of Ghana. That honor and glory, however short-lived, incontestably belongs to the late President Hilla “Babini” Limann. Even far more significant ought to be underscored the fact that it was a combined team of ethnic Ewes and Northerners, spearheaded by Chairman Jerry John Rawlings and Corporal Matthew Adabuga, among a platoon of others, together with an insignificant handful of Akan-descended Ghanaians, that violently toppled the democratically elected Limann-led government of the People’s National Party (PNP).

So, Kevin Taylor’s arrant nonsense about Mr. Mahama’s having been roundly rejected by Ghanaian voters on grounds of the latter’s northern ethnicity or descent could not be more patently and criminally absurd. At any rate, what does the clearly unconscionable Mahama shill and hanger-on make of the then-Interim President John Dramani Mahama’s standing in the middle of the Tamale Municipality and telling all Ghanaians of northern descent not to vote for “Kabonga,” to wit, the uncircumcised barbarian from the south? A clear case of cutting off Mr. Taylor’s own nose in order to spite his face. Come on, Mr. Comedy Central, wake up and wise up!