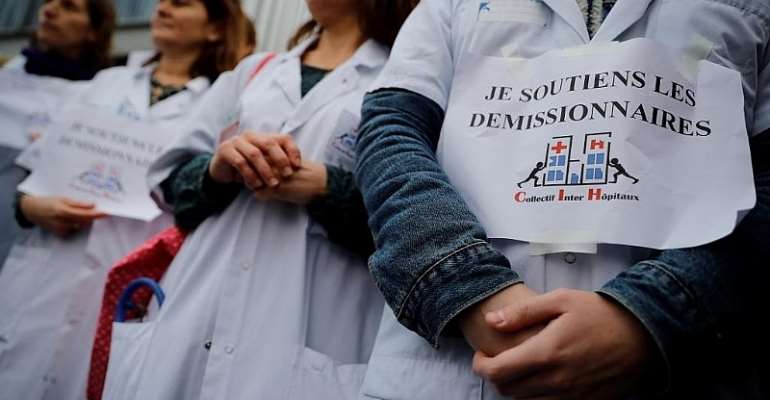 French hospital staff are taking to the streets Friday armed with flowers and balloons to reassert their anger over pay and working conditions, and to “declare their love” for the public health system – 11 months after their industrial movement began.

Hundreds of “broken heart” protests are being staged across the country as doctors, nurses and other caregivers use Valentine's Day to pressure the government to prioritise patients' health by increasing funding to hospitals.

The rallies come three months after authorities unveiled an "emergency plan" for hospitals, which unions say do not meet their demands for more resources and manpower.

Health Minister Agnès Buzyn said she hopes a revaluation of tariffs and aid to certain categories of caregivers, to take effect on 1 March, will dilute the anger that has not been calmed by other concessions.

In the absence of immediate negotiations, more than 1,000 head physicians have spent the past month on strike from administrative tasks.

Friday's protests will attempt to refocus attention on the plight of hospitals following widespread protests against pension reform that caused six weeks of major disruption throughout France.

It's not good at all — GMA expresses concerns over rising CO...
5 minutes ago