By Akhona Ndzuta - The Conversation 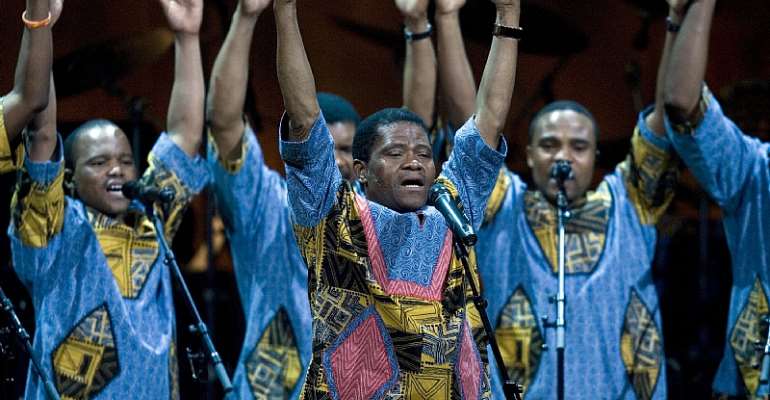 Joseph Shabalala was the affable leader of Ladysmith Black Mambazo, a men's group that sang isicathamiya, a traditional Zulu genre of South African a cappella.

Even with heavy hearts at his passing, a lot of South Africans know they are much richer for his time in the world. For the group he formed, for making music true to himself and his group while enduring the harsh conditions of apartheid, for the hits they made, for the narratives they wove about the lives of South Africans and for surpassing the social and economic limitations set out by apartheid public policy and its systems of oppression.

It doesn't matter whether they knew him personally or not. With Ladysmith Black Mambazo, he told their story.

The group had a number of hits and was showered with endless accolades for its oeuvre over its 60-year career.

But the impact of one song in particular stands out for me because of its personal layers of meaning as a black South African of a particular generation, as an occasional music performer and music researcher.

Homeless was one of the group's first slew of hits on both South African shores and abroad. It was a song on Paul Simon's collaborative, politically controversial but successful 1986 Graceland album. Ladysmith Black Mambazo/YouTube.

On the surface, Homeless is a song that laments the strife that comes with a broken home, being homeless and sleeping rough on cliffs while looking onto a lake with the moon shining on it. Fundamentally, however, it is a song about the excesses of apartheid and the flourishing of Ladysmith Black Mambazo.

I heard Homeless countless times. On the radio in the house where I lived, in taxis and just about anywhere outside on the streets of Northcrest, Mthatha, a small town in the eastern part of South Africa. I was a six-year-old, far away from my mother, separated from her by almost 1,000 kilometers, constantly longing for her and the feeling of home she simply was. I only saw her a handful of times a year because she worked in Johannesburg and each time I heard the song I too felt homeless.

This was at the height of political unrest in the late 1980s. The government had imposed a state of emergency. But none of that mattered to me. I couldn't be with my mother.

Even with my weak command of the English language at the time, I understood the idea of homelessness and so the song easily spoke to me. Its Zulu phrases highlighting “inhliziyo yam” (my heart) also spoke to my experience of a heavy heart and separation in potent ways, ways my little mind couldn't communicate or fully process. 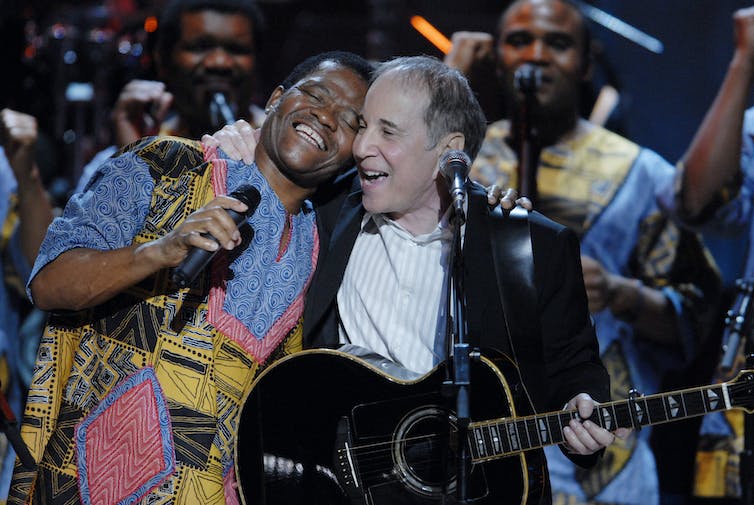 Joseph Shabalala beams during a Washington performance with Paul Simon in 2007. Scott Suchman/WireImage

About so much more

Later in my life, in a democratic South Africa, I took courses in ethnomusicology and had the opportunity to analyse and contextualise the music of Ladysmith Black Mambazo. Listening to Homeless again took me right back to that state of childhood longing.

But with more knowledge about the brutal political history during which genres like isicathamiya were birthed, the hostile conditions in which Ladysmith Black Mambazo operated at night and on weekends over years, the dire social and economic conditions of black people, I realised that these were the realities of the majority of South Africans.

I realised that this song did not just tell my story or was about an experience unique to me. It was about our collective history. It was about the history of black South Africa and those from surrounding countries trapped by a migrancy-mining complex which would institutionalise family separation and consciously ignore its bleak aftermath. 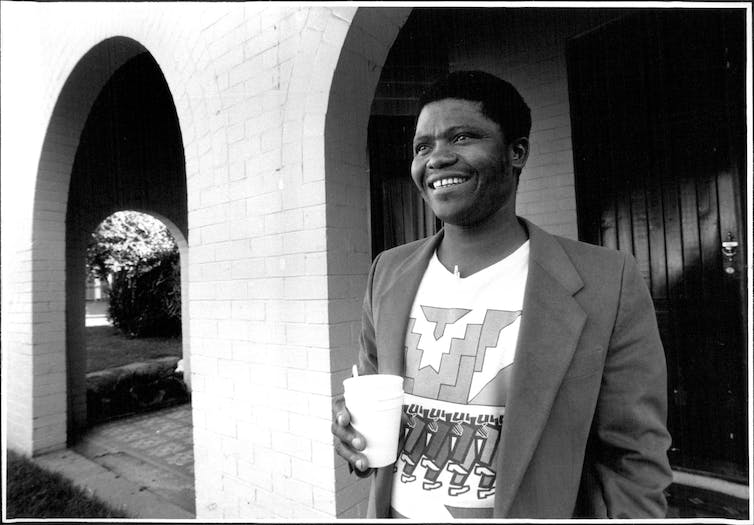 Even though credited to both Joseph Shabalala and Paul Simon, Homeless, like other Ladysmith Black Mambazo songs before and after the Graceland album, involved the harsh reality of migrant labour, the cycle of poverty it created, family separation, politically-sown dysfunction, heavy hearts, broken dreams, cultural heritage, disempowerment, dispossession, seeds of generational and social decay, resignation to this fate, adapting to it to find simple pleasures, and life in contemporary South Africa.

As part of this Ladysmith Black Mambazo tradition of social commentary, Homeless is a tale of so much more. For instance, the song is also about winning over the hearts and minds of people in foreign lands for the sake of validation and legitimacy.

On one level in the song, Ladysmith Black Mambazo seems to boast, with incredulity, about what it has achieved: “Yith'omanqoba, esanqoba lonk'ilizwe… Esanqoba phakathi eNgilan”. This phrase means, “We're the winners, we won all over the world, we won right inside England.”

Winning hearts in England also makes the case that Ladysmith Black Mambazo “has arrived”. This 'arrival' relates to the success of managing to escape apartheid's government-prescribed limitations around the social and economic conditions for them as black people. Ladysmith Black Mambazo as such exceeded the black man's relegation to the status of labourer. Performing abroad removed them from industrial labour. Having a performance career in countries like England was at that time in history rare for black people.

In spite of that, from that point on, Ladysmith Black Mambazo existed on an international plane. Through this lens, England validated them as legitimate music performers outside of competing only at isicathamiya competitions. 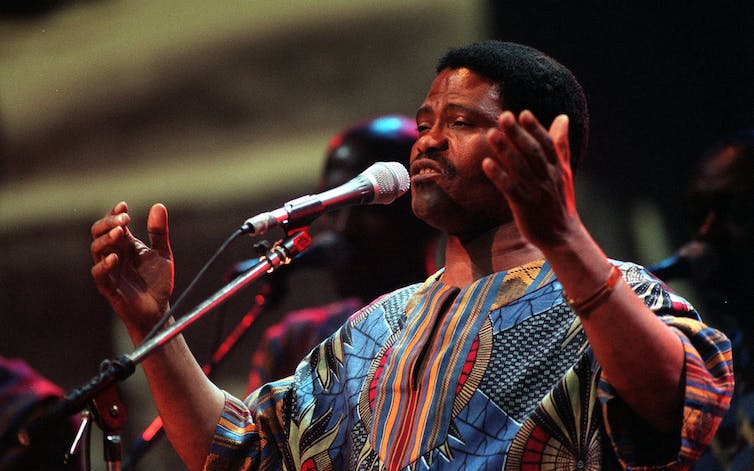 Joseph Shabalala sang of the pain of a nation – and then took his traditional isicathamiya sounds to the rest of the world. Joe Klamar/AFP/Getty Images

With his widely reported genial nature, Shabalala led his group to conquer hearts and minds in many countries with their performances. They nurtured networks abroad to their own benefit and managed to sustain a career outside South Africa.

Participating in Graceland had a large hand in dealing this opportunity. It introduced Ladysmith Black Mambazo to systems, gatekeepers, powerbrokers and performance circuits they would not have had while performing only in their home country. Shabalala thus managed to pull off what many South African contemporary music artists are struggling with in the absence of a convincing music circuit, sufficient government and corporate sector programmes to promote South African music abroad and penetrate global markets, as well as a culture of consuming South African products to advance the South African story.

He told the South African story at home, and away from home.

Through the University of Fort Hare, Akhona Ndzuta receives funding from the NRF.