‘Why Bother Doc? She’s Going To Die’ – A True Story About Childhood Cancer 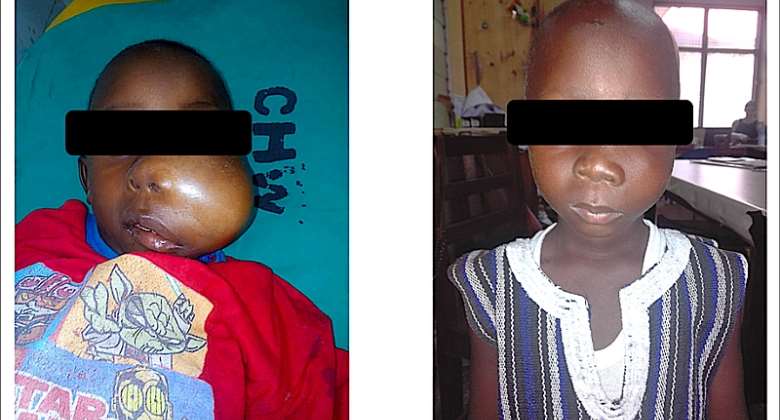 After six long weeks of hospital admission, blood transfusions, and an antibiotics bill in excess of GH₵3,000 (US$750), we confirmed that the cause of 4-year-old Mansa's (not her real name) unsettling fever and bone pain was cancer of the blood (Leukemia). During this same period, Mansa's mother succumbed to kidney failure in the same hospital. The entire extended family had spent their entire fortune in the hope of keeping both mum and daughter alive.

So, we broke the news of Mansa's diagnosis including the estimated out-of-pocket expenditure (GH₵20,000 for 3 years of treatment) to dad first and then, to the rest of the family (on dad's request). One member of the family made this remark during the counselling session: “Cancer?! In this child, then why bother the doctor? She's going to die anyway”. They missed their first clinic appointment after this; Mansa died at home the following week and subsequently captured as yet another reported death from childhood cancer in Ghana. Stark reality

Eighty percent, 80% of all children diagnosed with cancer live in resource-limited countries of Africa and South America. In the developed world, 85% of childhood cancers are curable! That is, 8 to 9 out of 10 kids diagnosed with cancer as in Mansa's case, will be cured of their cancer and be alive 5 years or more after completing treatment.

In Ghana, the two main teaching hospitals together see about 400 (out of an expected 1300) new reported cases of childhood cancer annually. About a third of these kids will die; another third will not complete their treatment (abandon treatment) and eventually die; and the final third will survive.

Let's put this in context: in developed countries, 4-year-old Mansa would have been diagnosed within 3 days of admission; she would most likely be alive now no matter the cost and most likely, the high out-of-pocket expenditure would not have been a key consideration for the family in opting not to treat Mansa; thus choosing death over life. What does it take to cure a child of cancer?

Half a century ago there were many 'Mansas'in the now developed nations. Leukaemia or cancer diagnosis meant certain death; it was a matter of how long. This is the situation in most cases in Ghana now. So, how did they do it, and continue to do it in the advanced countries?

National and international collaborations between various childhood cancer treatment centers to improve diagnostic and treatment strategies; including training and retraining of experts in the field of childhood cancer management

Largely led by private individuals and non-governmental, not-for-profit organizations that run effective campaigns to create awareness and raise funds to support the treatment of childhood cancers. Can individual entities including families, private organizations, or even government alone bear the huge financial burden of curing childhood cancers?