Libya 'more dangerous for everyone', says UN amid fresh clashes 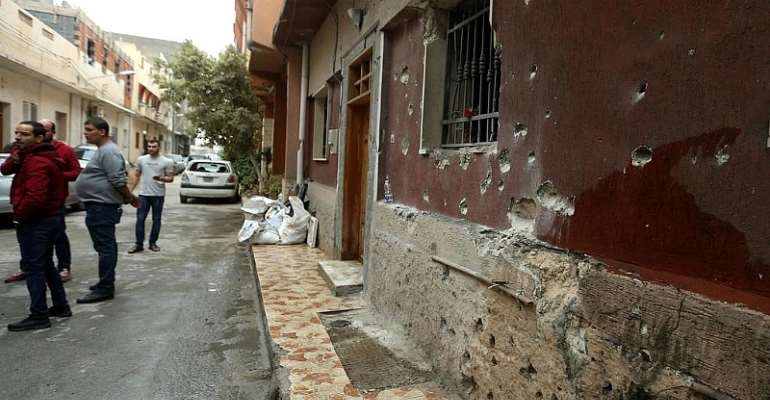 A new round of violence on the southern outskirts of Tripoli on Thursday left civilians dead and wounded, triggering warnings from the UN Refugee Agency (UNHCR) about the worsening humanitarian situation.

"It has got more and more dangerous for everybody in Libya," Caroline Gluck, Senior External Relations Officer at UNHCR Libya, said Thursday, hours after clashes between rival forces caused new civilian casualties.

"Fifty thousand people have been displaced due to conflicts since last April in Tripoli," Gluck told RFI, adding that the insecurity had made it harder to reach civilians.

Thursday's violence, which came a day after a UN Security Council resolution calling for a "lasting ceasefire", will do little to improve the situation.

The Tripoli capital's sole functioning airport of Mitiga, frequently shut down by violence, announced it was again suspending flights following a rocket strike.

Witnesses heard explosions in the largely agricultural area of Machrou al-Hadhba about 30 kilometres (18 miles) south of the Tripoli city centre.

Rockets also struck residential neighbourhoods, killing one woman and wounding four other civilians, according to a spokesman for the health ministry, Amin al-Hachimi, who accuses forces loyal to General Khalifa Haftar of repeatedly violating the ceasefire.

The United Nations says more than 1,000 people have died in clashes between Haftar and the internationally recognised Government of National Accord (GNA) since April, when the renegade military commander launched an offensive on Tripoli.

For Gluck, the violence has disrupted the work of the UNHCR.

"We can only travel in armored vehicles. We have limited time on the ground for our national staff as well who have to get security clearance for any mission," she commented.

Worse still, is having to choose who qualifies to get out.

"It is an impossible decision sometimes," she says, "it causes a lot of frustration. Many people ask us why am I not on this flight? Please evacuate us help us resettle. We cannot."

Last year, a little over 2000 people were airlifted out of Libya to safety. Some 47,000 others are still waiting for the green light.

It's not good at all — GMA expresses concerns over rising CO...
25 minutes ago