Solar Orbiter to throw light on the mysteries of Sol 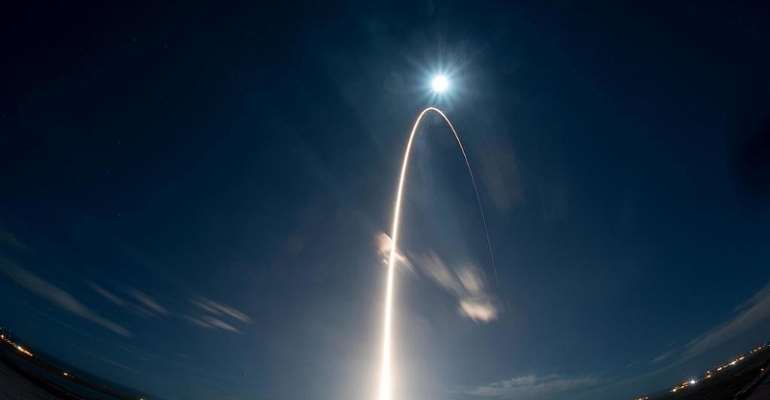 As the mighty Atlas V rocket lifted off from Cape Canaveral in Florida this week, carrying the Solar Orbiter probe towards the heavens, Milan Maksimovic, standing at the Banana Creek Launch Viewing Area of the Kennedy Space Centre, couldn't hold back his emotions. It was a dream come true for the French scientist who is the principal investigator of a measuring instrument onboard the spacecraft that aims to unravel the secrets of our nearest, local star Sol... the sun.

“It was a great sight. The weather was excellent. The moon was above us and the rocket trajectory was perfect. It was a moving experience for me because I have been involved in the project for 18 years,” Maksimovic told RFI, who is a senior scientist at CNRS and the Laboratory for Space Studies and Instrumentation in Astrophysics (LESIA).

Maksimovic heads a team that will handle a scientific instrument on the spacecraft. Named the Radio and Plasma Waves (RPW) instrument, it will measure the magnetic and electric fields in the vicinity of the probe.

In total, six of the ten instruments on the spacecraft are remote sensing devices that will click images of the sun while the remaining four are in-situ instruments that will take measurements of solar plasma.

The surface to atmosphere conundrum
Maksimovic contends that the information gathered from these instruments could help us solve one of the most challenging problems related to the sun that has baffled scientists for long. “The temperature of the corona is about 1 million degrees celsius while the solar surface is relatively much cooler at 5500 degree celsius. We still don't know why the solar atmosphere is hotter than its surface,” Maksimovic said.

The probe will also throw light on the mechanism of solar flares which are produced due to a sudden release of magnetic energy in the corona that can cause large coronal mass ejections blowing up to 2000 km/s.

Solar flares can potentially damage satellites in the Earth's orbit as well as disrupt telecommunication networks and power grids.

The mission will be executed in two stages. In the first stage, the cameras will take pictures of the corona in multiple wavelengths while the in-situ instruments will take measurements of the solar wind as it hits the spacecraft.

In the second stage, after using a gravity assist slingshot from Venus, the spacecraft will leave its orbital ecliptic plane and orbit around the solar poles.

“This will allow us to do complete helioseismology. It's crucial to measure the pulsations of the sun from the poles in order to understand how the powerful magnetic field around our parent star is created. This could help us understand the reasons behind the 11-year cycle of sunspots and solar wind.”

The scientific instruments will be protected by a heat shield that can withstand temperatures up to 500 degree celsius. The closest that Solar Orbiter will get to the sun is 42 million kilometers.

Solar Orbiter is the second solar mission to be launched in the space of 18 months following the launch of Parker Solar Probe in August 2018. Maksimovic said. The latter will get even closer to the sun, reaching 6.2 million km from the sun's surface. Parker Solar Probe will measure the magnetic fields, plasma and energetic particles, while also imaging the solar wind.

Solar Orbiter is expected to start producing data from June this year. The spacecraft's full nominal mission, that's expected to last for six years, will start from November 2021.