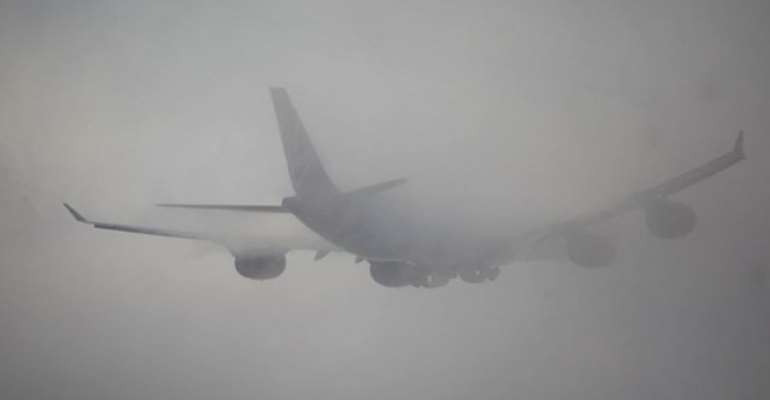 Some international flights heading to the Murtala Mohammed Airport in Lagos, Nigeria, have been diverted to the Kotoka International Airport over poor visibility caused by harmattan.

In an interview with Citi Business News, Edward Baah, Director, Air Traffic Services at Kotoka, said since the night of February 11, 2020, a number of Lagos-bound flights have sought refuge at Kotoka pending clarity in the weather condition which is said to be poor particularly in the Benin airspace heading to Lagos.

He mentioned that more than five flights including two belonging to Emirates, one from Rwandair, British Airways and Qatar Airlines, have all had to stop over in Accra.

The diversion has led to unusual long passenger queues at Kotoka International Airports leading to health inspection and immigration services.

“The size of aircraft that are diverting are wide-bodied that can carry about 400 passengers, so obviously they will create a lot of pressure at the immigration and the arrival hall,” Mr. Baah sated.

According to him, the respective airlines have made arrangements to accommodate their passengers until visibility improves.

Mr. Baah said they expect more flights to make a detour to Accra, but he cautioned that there is a limit to how much flights Accra can accommodate and that when the limit is reached, other diverted flights would have to seek refuge elsewhere.