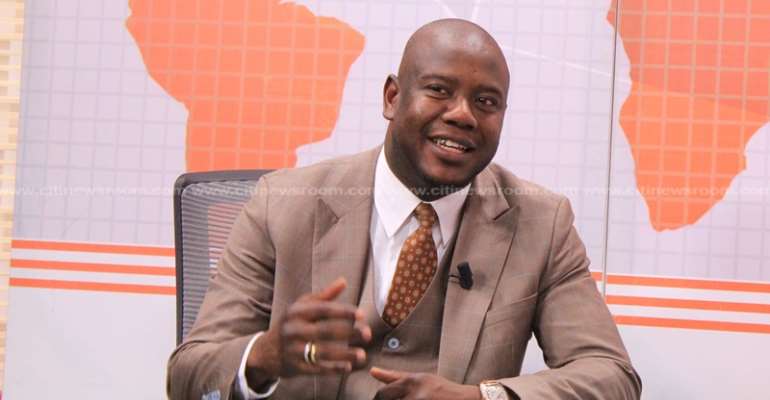 A Member of Parliament hopeful, Farouk Aliu Mahama, the son of the late Vice President Alhaji Aliu Mhama hopes to leverage his position of privilege to uplift the people of Yendi as he hopes to enter Parliament on the ticket of the governing New Patriotic Party.

Aware of the doors being the son of the late former Vice President Aliu Mahama has opened for him, he said he was going to channel all that influence into developing Yendi.

Speaking on Citi TV‘s The Point of View on Wednesday he assured that the access he has to the highest corridors of power in Ghana will be in service of lobbying for developmental projects.

These advantages he believes position him as the best possible candidate for the NPP in Yendi, a seat the governing party currently holds.

“I have enough to help the people of the country like in Yendi. I want to serve my people. I have done enough to show that I am ready to lead by setting good examples; looking at the Agricultural aspect of the needs of the Yendi constituency, looking at the health issues, the job creation and the network I am privileged to have,” Mr. Mahama remarked.

Integral to the area’s development will be investment from outside, which he said he was working to bring to Yendi.

“Recently when I went to America, I met my father's friends who were into aluminium, other investors and Nigerian businessmen and they are ready to come and invest.”

“With the help of the almighty Allah, when I become MP, I can have an arrangement with them, meet the president and see what we can do,” Mr. Mahama said.

The role of peace

Following the realisation of the road-map for peace in Dagbon, the final funeral rites of former overlords of Dagbon were conducted, and a new Yaa-Naa coronated in the person Abukari Mahama II back in January 2019.

Mr. Mahama affirmed that this new era “paves way for development to now come into Yendi because there is peace.”

He was also happy that the issue of peace and the leadership of Dagbon would no longer be a campaign point for politicians.

“That Andani thing is gone. We are all one now and I can tell you that Nana Addo is going to increase the votes in Yendi to more than 10,000 votes,” the MP aspirant said.