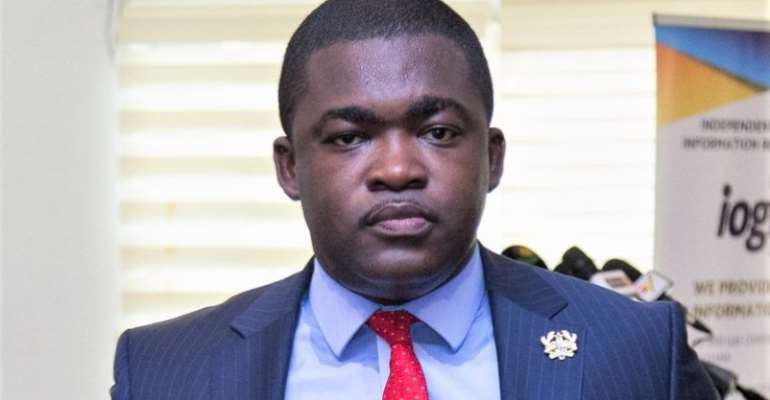 Energy Ministry has fired back at the opposition National Democratic Congress (NDC) that the country’s energy sector is very functional contrary to claims that the sector is on the verge of collapse due to a GHS15 billion debt.

Head of Communication at the Ministry, Nana Damoah rather blamed the NDC for the financial woes of the energy sector.

In an interview, Mr. Damoah said a US$500 million dollar take-or-pay contract with Independent Power Producers signed by the John Mahama administration is rather draining the sector.

“The country’s energy sector is very functional and we are doing well. I would have been very happy if they (NDC) had mounted the platform and said that the current Ministry is getting it wrong, [because they] do not understand the current structure and explain it to the people of Ghana in a very eloquent structure that they have done that this was the strategy and this is why it makes sense, but, no such thing was done. As we speak, they claim that debts are mounting but they should remember that they are contributing US$500 million every year to that debt stock,” said Nana Damoah.

The opposition National Democratic Congress (NDC) had alleged that Ghana's energy sector was struggling due to a GH¢15 billion debt.

A former Deputy Power Minister, John Jinapor, blamed the prevailing situation on the mismanagement of the sector by the current administration.

John Jinapor made these assertions at the NDC's Policy Dialogue Series on the Energy Sector on Wednesday, February 12, 2020.

“There are two kinds of leaders today; a visionary one, a quiet one who thinks of Ghana's tomorrow, and a very loud, robust one who makes a lot of noise but does very little for us. That is what we face as a country. And like I said, the investments we [the NDC] made, if the current administration had sustained that path and continued on those programs and projects, Ghana would have been moving forward than we are today,” he said.

“The Ghana Gas Company built at a cost of over US$1 billion despite all these savings, today is indebted to the tune of about US$1billion. If you add what ECG is adding to it and you do the analysis within three years in the energy sector alone, you're talking of a debt of about GH¢15 billion and that is not part of the national debt. There's been a deliberate, consistent approach to take all these figures off the national accounting system and so they present to you a certain figure as our national debt but when you look at the contingent liabilities, they are very serious.”

Nana Damoah also dared Members of the Minority side in Parliament to sue the Ghana National Petroleum Corporation (GNPC) if they believe the corporation allegedly condoned illegality by procuring loans without parliamentary approval.

Mr. Damoah threw the challenge in response to Abu Jinapor's claim that the GNPC between 2019 and 2019 procured loans amounting to US$1 billion without Parliament's approval.

Speaking on Eyewitness News, Mr. Damoah asked the Minority to sue the GNPC if it was indeed convinced that the Corporation by-passed Parliament in procuring these loans.

“This is entirely absurd and again let me put out these facts. In this country, as we stand, if indeed GNPC has been allowed to borrow $1 billion without parliamentary approval then as parliamentarians they sit down and let this go on then it tells you the kind of parliamentarians that we have.”

“The fact that they are Members of Parliament, they make a claim that these loans did not even come to Parliament as they should have. Nothing stops them from going to court and asking the Supreme Court to declare that GNPC has condoned illegality. If you haven't done this and you mount political platforms to make allegations then it is needless.”