Slovak minister tipped to be next UN envoy for Western Sahara 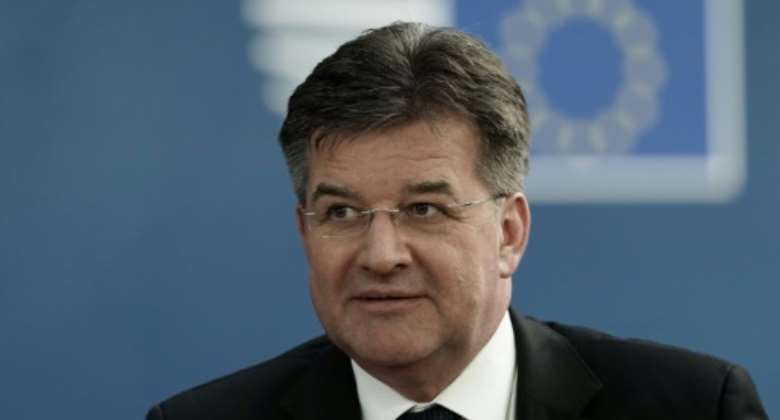 Slovak Foreign Minister Miroslav Lajcak, seen here in Brussels in January 2020, could be the next UN envoy to Western Sahara. By Kenzo TRIBOUILLARD (AFP/File)

Slovak Foreign Minister Miroslav Lajcak, who once served as the president of the UN General Assembly, is expected to be named the world body's new special envoy for disputed Western Sahara, diplomats said Wednesday.

The post has been vacant since May 2019, when former German president Horst Kohler stepped down for health reasons.

Unless one of the formal parties to the conflict objects, Lajcak's nomination should be confirmed in the coming weeks, the diplomats told AFP on condition of anonymity.

The vast desert territory of Western Sahara lies north of Mauritania and is bordered to the west by around 1,000 kilometers (620 miles) of Atlantic coastline.

Morocco has controlled 80 percent of the territory since the 1970s and views it as an integral part of the kingdom. That is disputed by the Polisario Front, an Algerian-backed independence movement.

The Polisario fought a war for independence from 1975 to 1991 and wants a referendum in which the people of Western Sahara choose between independence and integration with Morocco.

Rabat has offered autonomy, but insists it will retain sovereignty.

Finding a successor to Kohler has been complicated for UN Secretary-General Antonio Guterres. Several candidates refused to take up the post when asked, or were rejected by one of the parties to the conflict, diplomats said.

Kohler had managed to bring Morocco, the Polisario, Algeria and Mauritania to the negotiating table in Switzerland in December 2018 and again in March 2019, but no significant progress was made.

The UN maintains a 240-strong peacekeeping force in Western Sahara, known as MINURSO. The force is tasked with enforcing the ceasefire, notably with air and ground patrols.

Lajcak, 56, is a career diplomat who served in a variety of posts before becoming foreign minister. He served as president of the UN General Assembly from September 2017 until September 2018.

In 2006, Lajcak helped negotiate, organize and supervise for the European Union a referendum on independence in Montenegro, before serving as the international community's high representative to Bosnia.