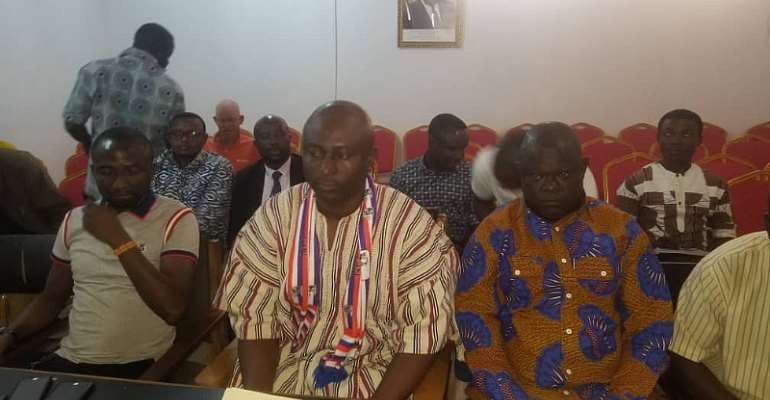 The ruling New Patriotic Party (NPP) in the Upper East Region has accused the opposition National Democratic Congress (NDC) of trying to sabotage the implementation of the Pwalugu Multipurpose Dam and Irrigation Project (PMDIP).

According to the NPP, the NDC does not want the project to see the day of light.

The ruling party said it is for that reason that members of the Minority on the Finance Committee of Parliament including Isaac Adongo, MP for Bolgatanga Central, “refused to attend the Committee meeting to deliberate on the PMDIP which has far-reaching positive effects on the lives of our people.”

The Project is valued at $993 million and considered the single largest investment in the five northern Regions of Ghana since independence in 1957.

It comprises of a 60mw hydropower dam, a 50mw solar power plant and a 24,000 hectares of irrigation scheme.

President Nana Akufo-Addo on November 29, 2019 cut sod for work to commence on the Project.

But the NPP strongly believes that even though the Project seeks to impact positively on the lives of residents within the region, the NDC is pushing hard to frustrate the government in implementing it.

At a press conference on Wednesday February 12, 2020, Anthony Namoo, Upper East Regional Chairman of the NPP, said when the Finance Committee presented its report to the plenary for debate and approval, the NDC minority in parliament then raised the issue of cost.

“This prompted the Speaker of Parliament to adjourn the debate on it to yesterday to enable the minority to prepare. Our checks show that the debate could not come on as scheduled,” he said.

“When again will the financing on PMDIP be debated in parliament? The undeclared intention of the NDC is to ensure that the project does not see the light of day,” he noted

According to him, “they (‘NDC) want to sabotage this Game Changing PMDIP for their selfish and myopic political interest. They shall fail in this unproductive venture.”

He added that “the NDC minority will certainly have their say but the majority will have their way as it usually stated in parliament.”