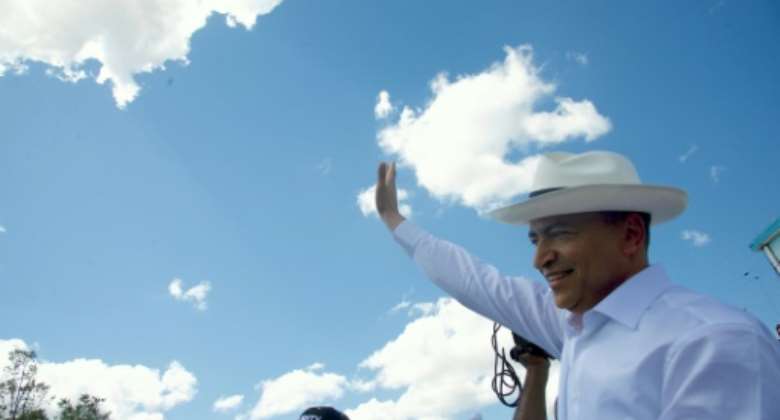 Moise Katumbi, an opposition leader and former governor of the mineral-rich Katanga province, returned to DR Congo in May 2019 (pictured) after three years of self-imposed exile in Belgium. By Junior KANNAH (AFP/File)

Katumbi, an opposition leader and former governor of the mineral-rich Katanga province, returned to DR Congo last year after three years of self-imposed exile in Belgium.

The French supreme court has ruled to restore Katumbi's rights to Mining Company Katanga or MCK, Mumba Gama, one of the former governor's lawyers, told AFP.

"We will regain possession of all of MCK's heritage and prosecute those who have illegally enjoyed it," he said.

NB Mining was founded by Pascal Beveraggi, a French businessman who has been fighting in French court since 2017 with Katumbi.

"Pascal Beveraggi was not party to the transaction between MCK and Necotrans," a press release for NB Mining said.

It said the Katumbi team were wrongly exploiting the court ruling, which the statement said had nothing to do with Beveraggi or NB Mining Africa.

MCK, which specialised in logistics services and civil engineering for the mining sector, was bought from Katumbi at the end of 2015.

The sale happened two months after Katumbi announced he had broken ranks with former President Joseph Kabila, who he accused of trying to stay in power beyond the end of his mandate.

After President Felix Tshisekedi came to power in the December 2018 election, Katumbi returned to the DR Congo, where he continues political and business activities.

Mankessim: Kenkey seller knocked down by a speeding vehicle ...
35 minutes ago