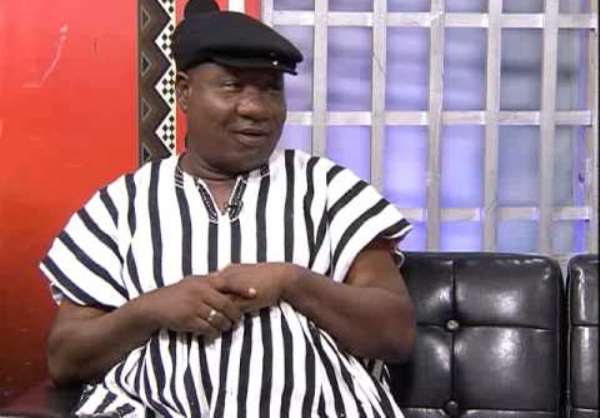 “We shouldn’t take it for a joke…First, it was at the Central University and then they won the elections; now KNUST, very strategic . . . He centers his presentation within the intellectual community and we need to be careful. We must be careful; we need to take care,” says former NDC Central Regional Chairman and now Social Commentor Bernard Allotey Jacobs has said.

Allotey Jacobs who is a member of the National Democratic Congress (NDC) while reacting to the NPP's Town Hall meeting and Results Fair held on Tuesday, asked former President John Mahama now Flagbearer and executives of his party to select a running mate before April, 2020 to match Dr. Mahamudu Bawumia 'boot for boot'.

“I will urge Mahama to select a running mate who can match Bawumia; if by April we don't have a nominee as a running mate the whole election year will be NDC against Bawumia,” he said.

According to him, party communicators will be no match for the Vice President and that the best person to punch holes into the presentation made at the Town Hall meeting is ex-President John Mahama.

“Monkeys play by sizes . . . Dr Bawumia has risen the bar so high that now we need someone of his level or status to counter him,” he pointed out while contributing to a panel discussion on Peace FM's morning show ‘Kokrokoo’.

However, Allotey Jacobs thinks the Vice President has in a way roughly driven into the NDC's political space.

He said the party popularises him anytime they criticise his presentations.

“The more we criticize him the more he resonates with the people. We also need someone who can match up to Bawumia; we need someone to punch holes in his argument, because for now he is raising the bar and unfortunately, up till now we have no running mate,” he added.