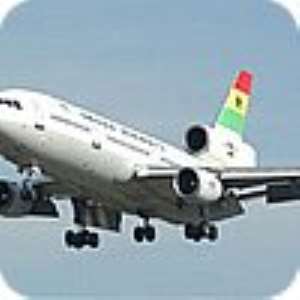 Friday, 21 April 2006
A vice President of Ghana International Airlines, Sam Crabbe, has denied
allegations of stealing. The GIA Vice-President in charge of Corporate Affairs was briefly arrested yesterday for his alleged involvement in the unauthorized transfer of $1.9 million dollars from the airline's account to a company in New York.


He was granted bail after he had written a statement at the Criminal Investigations Department (CID) Headquarters in Accra. Lawyer for Mr. Crabbe, Kwame Acheampong, says his client is innocent of all the charges