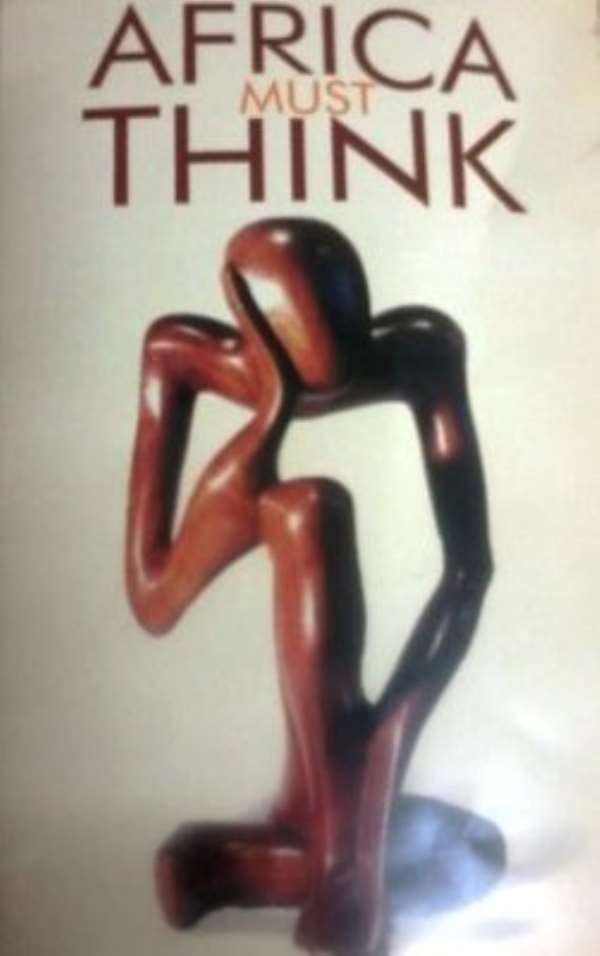 Ghana has welcomed 307 Ambulances, part of which had been waiting for operation since September 2019, finally getting to work on 28. January 2020. All are from Germany fit to serve any community in our country. When I ask Germans: "What is wrong with these Ambulances?" Answer: "They are not made nor fit for Ghana`s roads!" The people asked are Teenagers between 11-13 years of age. Taxi Drivers in Ghana have to ask passengers in effected areas for extra charge to cover the cost of constant ongoing repairs.

An intervention of that scale needs thoroughly and well established planning beyond party lines in the interest of the country. In Germany, 5 cars would have been used for testing of a period between 1-2 years, when fit for purpose the rest major bunch of Ambulances would have been ordered and put into operation with all aspects well prepared beforehand such as enough qualified manpower per each Ambulance, GPS system well in place and completed preparation work on the ground done in each of the benefitting constituencies. Ambulances supposed to assist people in emergency cases soon will be emergency cases themselves. The Whites do many mistakes but this is in our mind always. Ghanaian Leaders mostly were educated in the world of the White Man able to see what works good for people and what needs to be avoided when ruling years later back in Africa.

For the German manufacturer the order was a big business knowing that potentially 6 months down the line most cars will fail their duty and money for repair will be short or unavailable; possibly speculating that repair works will extend their profit-making period before finally, the whole intervention will collapse down to a core of cars in cities around the country.

Komenda Sugar Factory, the USD 35 Mio. White Elephant standing idle since 2016 in the bush of Ghana is a symbol of obvious mismanagement with no immediate consequences to the people responsible in politics and the administrative apparatus. Not enough capacity of sugar cane, planting sugar cane with not enough sugar inside, no concept of realistic selling of the to produce quantity into the local or export market etc. were in place. A Sugar Factory once closed will never run again as cases around the world demonstrate.

Airbus Industries, as unveiled recently, had bribed the Mills-Mahama Administration. To offer cash for favour is a shameful act; to accept bribe for favour makes the wheel of corruption turn round and round endlessly. China is taking to execution in serious cases. Investigation of MyJoyFm online reveals that the mysterious person in the Airbus papers stated as Intermediate 5, might well be Samuel Adam Mahama, Brother of the former President JD Mahama, a person well known to me personally as his handwritten three-page note asking my investors for USD 100 was not successful and out of anger, he got my Ghanaian partner arrested and put into prison for one week with the help of Ibrahim Mahama and former IGP. Whites always blush when lying, but in black faces, it does not show like that.

Bank of Ghana (BoG) built a world-class modern Hospital ready for operation in 2017 for their staff and potentially others still unused. BoG is an independent body ensuring the stability of the Ghana Cedi and managing inflation aspects yet its overall rules how to operate its independent duties are under the watch of the Government, Government regardless of parties in power. The decision to take to build the Hospital could have been taken by the BoG independently from the Government. As the Government determines the Management Team and their duties including financial compensation had to ask the Governor of BoG why the Hospital, that is not the independent core business of the Central Bank, has not seen any patients and given the BoG 6 months maximum to solve their issues and welcome the first patient otherwise to take the facility under the Management of the Ministry for Health by force. This has not been done.

UT-Bank was listed at Ghana Stock exchange for 4 years without having presented any balance sheets before delisting for violating the rules set out. Ghana Energy Agency`s CEOs had not presented for three consecutive years from 2009 any reports as mandated by their statues and no actions taken against them. In Germany, each bank depositors has a guarantee of Euros 100.000 in case the bank goes bust as the banks have an independent insurance provider to guarantee that amount of money. Ghana banks can be forced to implement the same strategy based on the amount realistic in Ghana. It is not the mandate of the Government (Tax Payers) to ensure the relationship between banks and their clients only by setting rules and enforce them but not paying depositors any amount lost.

Not to mention the up to 500 confiscated Galamsey excavators and cars stolen and in use on new Galamsey mining sites besides the 400 state-owned tricycles that vanished and latest saga of cement bags worth USD 12 Mio. cannot be located any longer. To sin and lie is human nature not to admit to it in due time is guaranteed to be kept in poverty for a lifetime.

Foreign and local investors do not care about party politics in any country as Politicians constantly change but their investments are long-time based. Their question is simple: can a country be trusted for the next 30-50 years? As Ghana has Ghc 214,9 Billion debts, increased ratio to GDP 62,1% (2019 statistics), the issue of trust rises again sharply towards Ghana as a Nation, not a country of NDC or NPP with a do or die mentality for and in politics.

Each ear 150.000 Germans leave their country finding better lifestyle elsewhere never sending money back home. Each year hundreds of thousands of Ghanaians get their bags ready to travel abroad to make a minimum living sending each year USD 3 Billion back home. It is a disgrace to any country forcing its own people to migrate to survive.

As more and more scandals and problems in Ghana surface in the shortest possible time for White investors to trust any black politician or businessman will soon be compared by him like a "handshake with the devil".