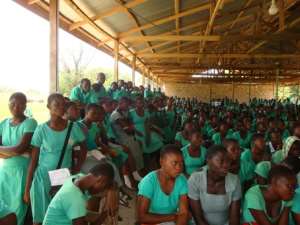 The National President of the Parents Teachers Association (PTA), Alexander Danso has advised parents of Senior High School students to pay attention to their wards' education.

His statement follows the punishment of some seven female students of Ejisuman SHS who were seen in a viral social media video making comments that border on sex.

The students were expelled from the school’s boarding house as a form of punishment.

Speaking to Citi News, Mr. Danso called on parents and guardians to give full attention to their wards especially when they return from school.

“Parents must show interest in their wards' education. There are some parents who wouldn't even visit their children to know whether they are progressing or not, the moment they dump their children in the school. You should be visiting your child to know whether he or she is progressing or retrogressing. Secondly, when he or she comes home, go through his or her chop box and then find out if there are some foreign materials. If yes, then you question him or her,” he stated.

Authorities at the Ejisuman Senior High School in the Ashanti Region recently expelled seven female students from the school's boarding facility after they allegedly posted a video on social media that contained sexual innuendos.

According to authorities, the video which has gone viral has dented the image of the school. 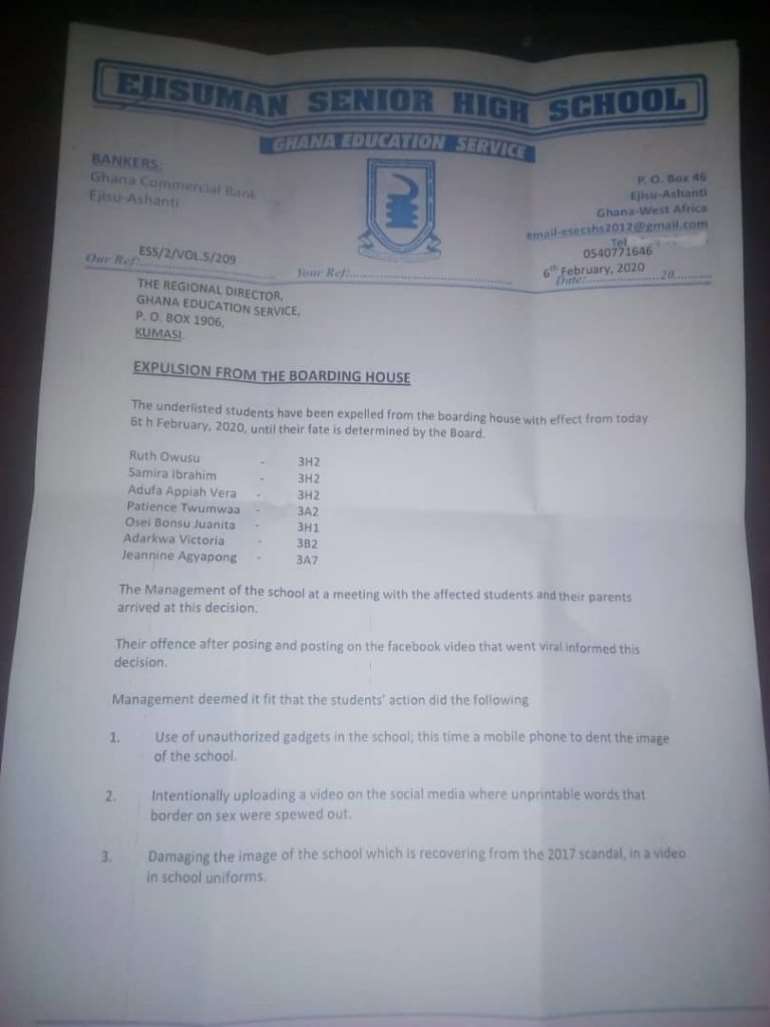 A letter announcing the sanctions against the students and addressed to the Ashanti Regional Directorate of the Ghana Education Service stated that: “the management of the school at a meeting with the affected students and their parents arrived at that decision.”

The seven who are all final year students were accused of using a mobile phone – which is prohibited in basic and high schools – “to upload a video on social media where unprintable words that border on sex were spewed out.”

Parliament to deliberate on mobile phone use by SHS students

The Ranking Member on the Education Committee of Parliament, Peter Nortsu Kortoe, has hinted that the Committee will sit to deliberate on the issue of usage of mobile phones in Senior High Schools (SHS) across the country.

In an interview with Citi News, Mr. Kortoe said the outcome of the meeting will be communicated to the GES and Education Ministry.

“The time has come for the committee to even sit and critically look at how best we can help solve this problem of our students using mobile phones for such activities instead of productive activities. We will take it up and offer suggestions to the Ministry of Education and Ghana Education Service.”